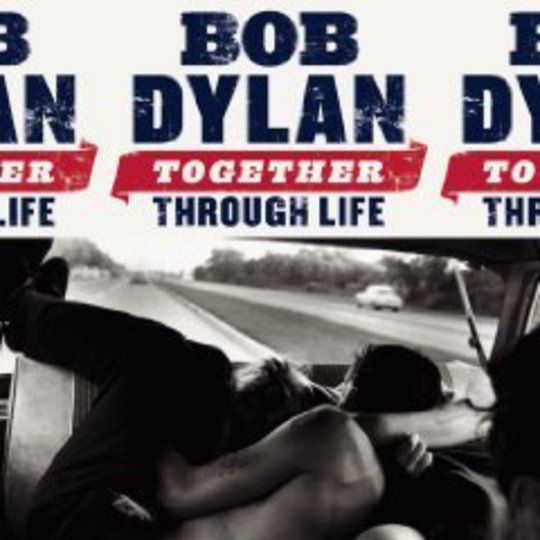 Short of a few thousand words, there’s really no way to sum up the impact Bob Dylan has had on popular culture, so let’s just go with ‘seismic’. Hordes of singer-songwriters ply in his shadow, films and literature are peppered with references to the man’s lyrics, and he represents a million different things to a million different people. That at 68 years old (a staggering 33 studio albums, bestselling autobiography and successful radio show in) he finds himself atop both the UK and US album charts with Together Through Life is food for thought indeed. “Some people, they tell me I’ve got the blood of the land in my voice”, he croons here, weathered and worldly-wise as ever. It might not be a perfect record, but it’s nevertheless a remarkable one.

Because let’s face it, it’d be pretty weird being Bob Dylan. Though ‘taciturn’ might prove an applicable description to anyone who’s caught his ‘never-ending tour’ lately, listening to his ‘00s work (or his radio show, even) reveals character shot through with humour, romanticism and an insatiable curiosity. He can do what he likes, which he does with relish. To expect another ‘The Times They Are A-Changin’’ would be misguided; a baton that’s arguably been passed, and something he’s neither interested nor in any way inclined towards offering us.

Disregarding one of the most imposing back-catalogues known to man, then, consider ‘Things Have Changed’ instead. A warm, sprightly number written for Curtis Hanson’s equally warm and sprightly adaptation of Michael Chabon’s Wonder Boys, its echo can be felt on this record’s ‘Life Is Hard’. Again Dylan finds himself out of step with and isolated by the world surrounding, yet clearly besotted by its possibilities. Like that earlier tune, this was composed with celluloid in mind (in this case French director Olivier Dahan’s road movie My Own Love Song), except this time round it directly led to the writing of an album. Informing almost every track: the notion that life simply is hard, should a significant other not be around to smooth off those rough edges.

For the most part, Together Through Life finds Dylan energised anew, many of these songs co-written with "old buddy” Robert Hunter of the Grateful Dead (not that you’d guess from their content). Save the assured lilt of ‘I Feel A Change Comin’ On’ there’s nothing here quite as lovely as Modern Times’ ‘Workingman Blues 2’, but the odd lapse aside it rattles with commendable purpose. Opening in a salvo of horns, accordion, crackling lead guitar and the timeless line "Oh well I love you, pretty baby”, ‘Beyond Here Lies Nothin’’ forms an admirable mission statement, while the sinister shuffle of ‘My Wife’s Home Town’ sees him manipulating those creaky old pipes to marvellous effect. Awash in reams of Gallic lugubriousness, ‘Forgetful Heart’ is an apt mid-point, though it sits between two of the album’s relative let downs. The latter of these, ‘Jolene’ (not that Jolene), retains enough merit as to be agreeable – textbook blues elevated by proficient delivery and the sly presence of lines like “Your papa don’t know, but I’m gonna make you mine.”

It’s been pointed out across the board yet remains wholly salient: Dylan’s having a ball here. The winking cynicism of final track ‘It’s All Good’ exemplifies this while addressing any qualms listeners might have with the sincerity on display. Because while Together Through Life is perhaps best taken as an enjoyable work from a seasoned group of musicians, it can also be read on a deeper level. Passing allusions to the “last part of the day”, a “chilly breeze”, and that song’s parting shot (“I wouldn’t change a thing, even if I could / You know what they say / It’s all good…”) certainly foster the notion that the contemplation of mortality is creeping evermore perceptibly into Dylan’s verse.

Similarly, to pluck arbitrarily from any number of the lyrical nuggets offered us here would likely result in words that could be analysed and pored over in the wider framework of his life and career, shifting meaning in a usually (though not always) welcome manner. Which is all part of the fun, really; an option you can take or leave at your own behest. More important is that this is a focused and absorbing Bob Dylan album, and that should be good enough for most.