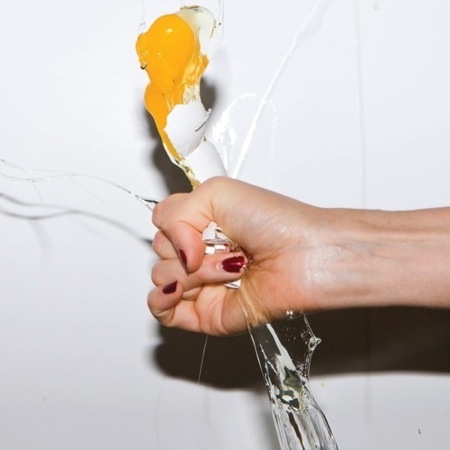 Right from the off, It's Blitz! sounds like Karen O & co. have taken a nose dive into the synthy-disco-pop trough and crawled out in awe of nuclear beats.»

yeah yeah yeahs are back back back, releasing the follow-up to 2006's 'show your bones', an album described as 'a slow-burning masterpiece' by observer music monthly and 'one of the albums of the decade' by nme. 'it's blitz!' was recorded with nick launay (producer of yeah yeah yeahs 2007 released 'is is' ep) and longtime collaborator tv on the radio's dave sitek. the album sessions took the city dwelling band from the snow-covered fields of rural massachusetts and long view studios, to sitek's staygold complex in brooklyn before heading south to a studio in tornillo in the texan desert for further confinement and recording. 'it's blitz!' signals both a glance backward and a step forward for the yeah yeah yeahs. guitarist nick zinner had brought along an old keyboard he bought on ebay to work with during the writing session not expecting it to end up on the album. however, the sounds of the vintage arp were so right for the new songs that they found their way into the atmospheric washes of 'skeletons', the disco wiggles of 'heads will roll', and new wave melodrama of 'soft shock'. the whole record has a new feeling of space and atmosphere, a new sonic dimension, if you will.