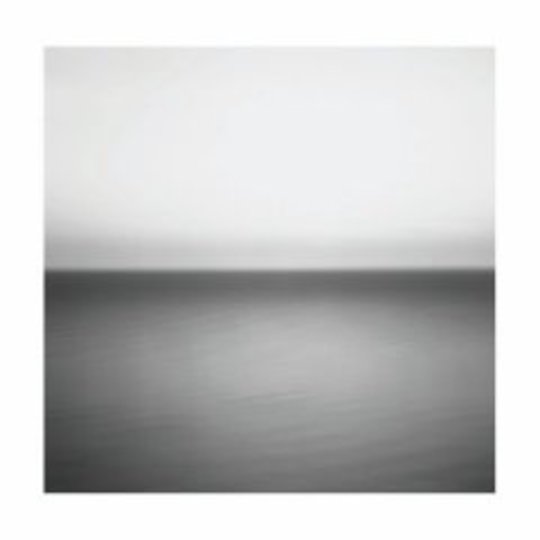 Once upon a time hating all things U2, and particularly outspoken frontman Bono, became something of an international pastime. Then, around the back end of summer 2000, they re-emerged amidst a froth of pseudo teen-angst metal wannabees and semi-acoustic dullards with 'Beautiful Day', arguably their best single for at least a decade and suddenly it was cool to like U2 again. Almost immediately, budding musicians were falling under their influence like it was 1983 over again and bands were formed as a result. From the obvious wide-angle pretenders to their stadium rock crown such as The Killers and Editors to the more aloof but no less inspired grandiose alt.rock of The National and The Stills, all hold a torch to some degree or another in honour of U2.

Their last world tour, four years ago, had a list as long as both arms of supposedly cool bands vying to support them; indeed their show on said tour at the City of Manchester Stadium in May 2005 was undoubtedly the best of its kind I've ever witnessed. Relevance it seemed, and ultimately acceptance from a whole new generation brought up on Britpop and its subsequent offspring was theirs for the taking. An effortless task made all the more easier thanks to the zeitgeist and its new wave of guitar bands making giant steps of their own in their masters wake. The next step was always going to be a testing one though for U2. Often accused of sticking rigidly to the same formula in the early part of their career, they spent the next decade hellbent on proving they were up for any type of challenge imaginable, whether it involved phoning world leaders onstage during the outro to 'With Or Without You', or musically trying to re-invent themselves via a succession of differing producers such as Flood and Howie B not to mention dalliances with various genres from dance to delta blues and experimental noise that defies categorisation.

Having conquered their fear of being irrelevant for the first half of this decade, it seems Bono is once again more concerned about growing old disgracefully rather than concentrating all his efforts into making a great record, and as a result, No Line On The Horizon suffers through a sense of desperation. It's also worth noting that despite this being the twelfth album of U2's thirty years old career, this is the longest they've actually taken between any two albums - a full five years since 2004's How To Dismantle An Atom Bomb - not to mention the aborted attempts at recording the album with Rick Rubin three years ago. If anything, No Line On The Horizon has been anything but a bed of roses to conjure up, and even the input of long-term studio associates Brian Eno and Daniel Lanois can't hide the fact that this is the sound of a band trying to play catch-up rather than lead the chasing pack with an assertiveness we've come to expect, perhaps take for granted even if Bono's preposterous self-worthiness often meant the music took a backseat.

Lead single 'Get On Your Boots' has already divided opinion massively; some critics, myself included have gone as far as commenting that its possibly U2's worst three-and-a-half minutes to date. An unfocused calamity of mismatched ideas and clumsy lyrics that can't decide whether it wants to be T-Rex, Take That or both. Others claim it to be one of their best. It certainly delivers the unexpected that's for sure, and even amidst some of the less-than inspiring company here, is arguably the weakest song on the album.

Lyrically, Bono does appear to have adopted a less serious approach than on previous albums. The self-proclaimed second coming of the po-faced messiah that's threatened to surface at one time or another on each of this record's eleven predecessors never really materialises here. On 'Stand Up Comedy', Bono even appears to take a lighthearted swipe at his own mythical persona, insisting "My ego's not really the enemy, its like a small child crossing an eight lane highway on a voyage of discovery." That's not to say that he still isn't capable of self-congratulatory pomposity every once in a while. "I was born to sing for you!" he implies on 'Magnificent', possibly the strongest throwback to what could be described as "classic" U2 thanks to one of The Edge's now customary chugging riffs, and arguably No Line On The Horizon's standout moment. Without trying to suggest the A&R department at Mercury Records don't know any better, this would have been the most obvious choice as an introductory 45 to the album, and even though nothing else here quite matches up to it, it would surely have created more excitement and anticipation at NLOTH's imminent arrival than the trepidation that set in after 'Get On Your Boots' first public airing.

There are other highlights too, which suggest that when U2 weren't too occupied eyeing up the competition they had one or two surges of creativity. 'I'll Go Crazy If I Don't Go Crazy Tonight' won't win any awards for best song title, but it rides along a nagging wave of AC/DC-cum-Zeppelin euphoria coupled with one of Bono's best vocal performances in years that again, would have led a more-radio and audience friendly path into this horizon. Likewise 'Fez - Being Born', a slow-burning homage to the Moroccan city where much of this album was conceivede, that once again brings The Edge's guitar work into the spotlight, albeit in a less frenetic, chiming mantra kind of way.

Unfortunately, too much of NLOTH sounds staid and uninspired, again maybe due to the changing musical landscape that was going on all around them during the making of the record. 'Moment Of Surrender' and 'Unknown Caller' clock in at seven-and-a-half and six minutes precisely, when little over half of those would have sufficed on each, resulting in two pieces of insipid dirge that plod along relentlessly, the former seemingly harangued by the shadow of far superior past efforts such as 'One', the latter seemingly off course and bereft of ideas.

The biggest irony of No Line On The Horizon is that all of its failings and shortcomings will no doubt be forgotten come summer when the U2 live circus goes back on the road, but as with many other artists with such extensive, and in parts near faultless back catalogues who seem intent on continuing well past their realistic creative peak, it's hard to imagine many of those who've spent their hard-earned cash purchasing tickets for such an event demanding a set heavy of material from this record.

Disappointing then, but hardly a surprise in all honesty...