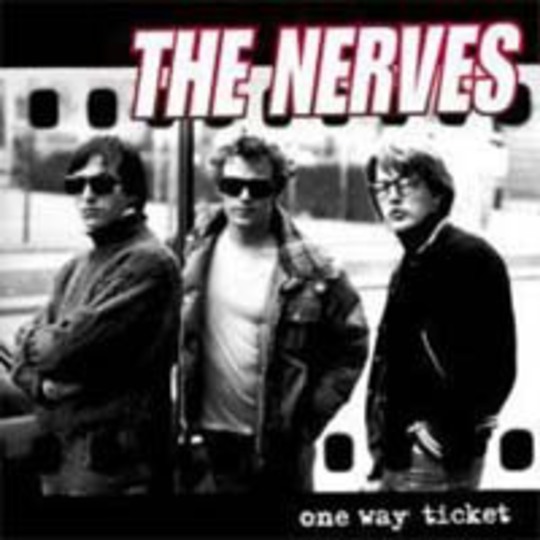 Chances are, without the posthumous patronage of a certain female-led new wave band (Blondie - Idiot's Guide to Music Ed), any fleeting memory of The Nerves would have disappeared into oblivion by the time the 1980s first shook its perma-tanned backside at the world.

Over almost before they began, the LA-based trio stuck to their guns just long enough to release one self-titled 7” EP in 1976, before the inevitable acrimonious split a year later. It was this astonishingly potent EP that secured their place in rock ‘n’ roll history, thanks to the inclusion of guitarist Jack Lee’s ‘Hanging On The Telephone’, later a worldwide hit for Blondie.

One Way Ticket is the band’s only ‘official’ release since that time (although bootlegging of their material has been rife), compiling the four songs from that disc alongside their unreleased studio recordings, as well as a host of live tracks and demos. To comment that this CD has been long awaited by power pop aficionados goes without saying and it’s easy to see why – the three less famous tracks from The Nerves are just as worthy of note, taking their cue from the Big Star blueprint of ultra-focussed guitar pop and injecting it with the giddy pace of punk.

If Lee’s material eventually proved the most commercial (an early live version of the Paul Young hit ‘Come Back And Stay’ also features here), the originals provided by bassist Peter Case and drummer Paul Collins are equally arresting, particularly the former’s snarling title track and Collins’ timelessly sanguine ‘Working Too Hard’. Amongst the offcuts, the sound quality varies, but the songwriting remains transcendent throughout, suggesting the band could have had a bright future if the battle of egos had not ended it all so early.

Following their demise, Lee recorded one well-written but overly-slick solo LP before vanishing completely, whilst Case and Collins formed the rather good The Plimsouls. None of The Nerves’ later projects quite captured the visceral excitement present on One Way Ticket, but then neither did contemporaries The Knack or Off Broadway, or in fact the vast majority of other similarly-minded bands that followed in their wake. This record may document a very specific moment in musical history, but it is one that resonates just as fiercely as it did thirty odd years ago.