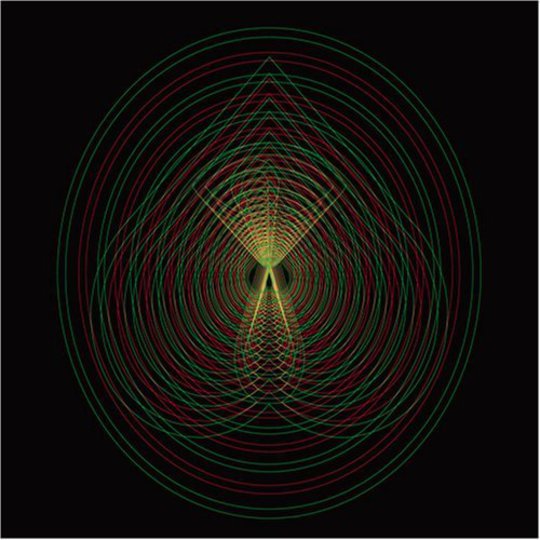 Here’s two theories on indie-psychedelists Mirror Mirror’s wordily-named debut album. Theory one: quite a lot of drugs were consumed during the making of this record. So very many drugs that the Brooklynites are reasonably certain that they’ve created something that sounds like The Truth About The Universe; like the doors of perception being thrust open by Syd Barrett while Jimi Hendrix oils the hinges and Roky Erikson blows a little fanfare; like watching the dawn of creation... ON ACID. They may even be a little nervous about the consequences of blowing the world’s mind, but know it’s their artistic quest to pursue it anyway. (They needn’t be nervous.)

Theory two: no drugs were consumed whatsoever in the making of this record. Mirror Mirror hate drugs. And fun. The Society For The Advancement Of Inflammatory Consciousness was conceived as technical exercise in recording a psyche album because Mirror Mirror have nothing better to do with their time. They probably all collect things.

It’s likely neither are the case (well, the first over the second at any rate). But the band being non-functionally off their gourds or in fact not actually caring are explanations that at least afford an excuse of sorts for this dispirited bleh of a record. Chances are that Mirror Mirror just aren’t very good (apparently that still occasionally happens with Brooklyn bands), but there’s definitely the feeling that this could have been better, that something was holding them back for whatever reason.

It starts tolerably; opener ‘First Gate’ is 39 seconds of scene-setting “ommmmm”-ing that asserts their hippie credentials in reasonably inoffensive fashion. That runs into the starry-eyed glisten of 'New Horizons', which sort of sounds a bit like Midnight Juggernauts covering the Quo’s ‘Pictures Of Matchstick Men’, a thin but compelling slice of bubblegum psychedelia. It could have done with a bit more heft, but the chorus has such a knowingly pompous weight – all shimmery choirs and bendy electronics, maybe even a dab of Theremin - that it just about carries the rest of the track. You're still waiting for something truly impressive to happen, but sadly all you get is 'Love Is The Law’, four interminable minutes of limp, folky skipping about the maypole bolted to a half-hearted motorik undercarriage. It’s not wholly awful – by the time the last chorus comes round you’re kind of, y’know, used to it – but it sounds like a pallid, PG-rated copy of some more potent Kraut-folk mantra, sputtering and coughing where it should surge and gleam, doing a Morris dance where it should whirl like a dervish, lighting a joss stick where it should be gobbling down tabs. And so it goes on: ‘Don Coyote’s Confession’ aims for spacey menace but just comes across as too damn polite, a bit like those embarrassing songs where Paul McCartney tries to be weird; Eugene sounds like a de-blooded amalgam of Supertramp’s ‘The Logical Song’ and Blur’s ‘Sunday Sunday’. The closest the album comes to a direct hit is ‘Lock Up Your Sons’, which begins with the now par for the course mix of hey nonny nonny folksiness and limp-wristed electronica, but actually takes it somewhere genuinely interesting and creepy, the radiant chorus a disturbingly seductive rallying cry to sign up for some clearly loony toons cult.

But mostly The Society For The Advancement Of Inflammatory Consciousness isn’t hit or miss – it’s a bunch of songs that sound like they simply weren’t done well enough. The band strive for a Barrett-esque air of cracked fragility, but overbaked harmonies and undercooked music leave it stranded in a weird middle ground where it’s not preposterous enough to be a genuine laugh, but it’s too flippant to be actively disturbing more than a couple of times. Still not exactly sure what ‘inflammatory consciousness’ is; hopefully Mirror Mirror can get some sort of cream for it.