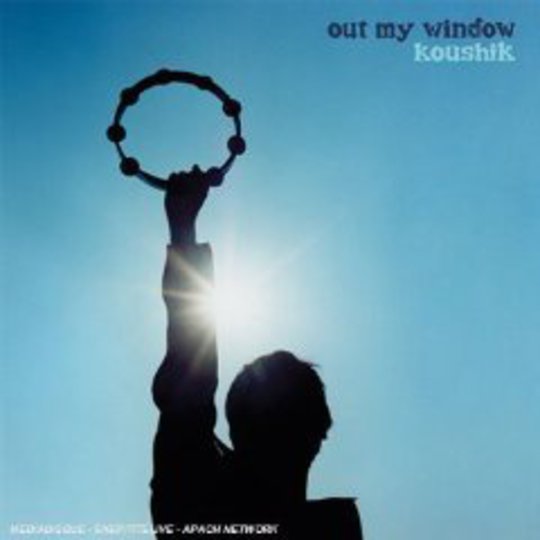 The first time Koushik (full name: Koushik Ghosh) caught my attention was when Stones Throw – his current label – released a remix album of MF DOOM and Madlib's Madvillainy (a personal favourite of mine) bearing his name and Four Tet's. For some unfathomable reason, I decided to skip Koushik's reworks and indulge in the few Four Tet had worked his magic on instead. With Rounds on heavy rotation at the time, it seemed the logical thing to do. It turns out that praise of Koushik's half was lukewarm, but surely now everything is forgotten with the release of his first full-length, Out My Window.

His dreamy brand of psych-pop has a quality which is ultimately hard to characterise - it's superbly subtle. Ethereal is an adjective often thrown around lazily to mean anything with above-average levels of reverb or delay, but it's one which is certainly applicable here. Production values here are key, extending far beyond the simple and token use of effects. It all seems so fastidiously planned, with not a note out of place, but it's also inherently natural. The layering and balancing of Koushik's own softly-spoken, child-like melodies with a multitude of heavenly sounding instruments – flutes, harpsichords, mellotrons amongst the conventional, epitomised by the lethargic and snappy drum grooves - is an ethos and style which permeates every corner, every second of the album with a mood that is, at all times, bright and breezy.

Out My Window sees such a pack of influences and eras: 70s jazz-funk drum and bass grooves bind with 60s pop; psychedelia set against deft use of sampling, Spector's wall of sound, and, with a kick and snare bursting forth through a sampled kit, there's a definite scent of DJ Shadow. The fact that Koushik manages to pool them together into something musically simple but immensely satisfying may not be that remarkable in itself, but the end product surely is.

It's an album which is so light on the ears that it's easy to forget it's even playing; the hazy flow of each track is barely interrupted to start the next. It is by no means a dreamy conveyor belt of misty ambience from start to finish though: 'In A Green Space' explodes from fairly humble jazz-inflected beats into something briefly but completely euphorically brilliant. 'Bright And Shining', too, with its combination of horns, persistent percussion and soul sampled vocals embodies perfectly what this record is about within the space of four minutes. If you're already aware of Koushik's work, this record may not be a revelation to you but if you are unfamiliar with the author, the laid-back magnificence of Out My Window is a fine place to start.

The Sad History Of The Village Of Alnerique