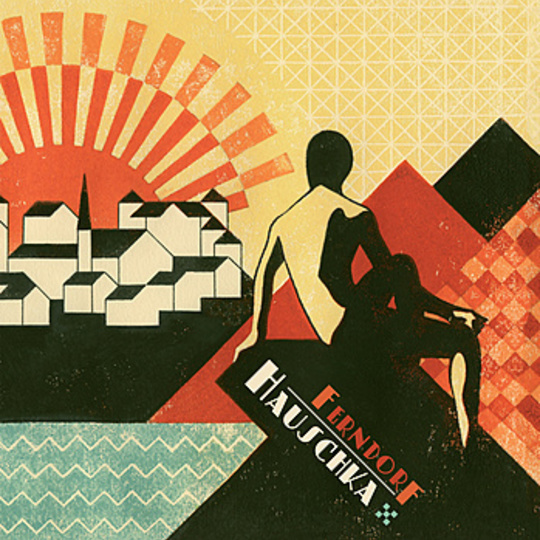 Hauschka, the alias of Volker Bertelmann, is based in Düsseldorf, but the central German village of Ferndorf is the inspiration lying behind his fourth album. Bertelmann, a classically trained pianist, has come to situate the piano at the heart of his music. His last, largely improvised album used the 'prepared piano' technique – whereby various alien elements such as pieces of leather, scraps of metal and corks are attached to the instrument's hammers and strings – to generate the types of clicks, distortions and rattles that have been glitching their way across the electronica field for the past decade.

While the effect of these textures might be to align Hauschka's music with contemporary artists, the prepared piano technique itself was named and explored, if not quite pioneered, by John Cage in the late 1930s. And in compositional as well as inspirational terms, Hauschka is more of the past than the future. Opening track 'Blue Bicycle' is not the only piece here to be heavily redolent of the motorik circularity and strong melodic drive of Michael Nyman. Elsewhere, many of the major figures of 20th century minimalism leave their fingerprints on Ferndorf, including Steve Reich, Philip Glass and Arvo Pärt.

Despite utilising prepared piano techniques, Ferndorf represents a shift in emphasis from the captivating improvisations of 2006's The Prepared Piano. Indeed, the prepared piano itself is here utilised to add light and shade to fully composed pieces, as opposed to exploring the technique as an end in itself. Most tracks feature a string duo, while subtle electronic touches are applied throughout.

Ferndorf is at never less than very pretty to listen to – Bertelmann's exquisite ear for melody ensures that – but its minimalism-inspired willingness to settle into a repetitious groove results in parts of it, particularly its closing third, flowing past in a pleasant but unmemorable blur. This is a shame, because for certain passages Ferndorf is as distinctive and involving as it is beautiful. 'Rode Null', named for a mountain behind Bertelmann's parents' house, begins with a John Carpenter-like bass string pulse to which a dissonant piano rhythm is added before a busy string section flowers into a melody pitched somewhere between Steve Reich's 'Duet' and Stéphane Grapelli. It's bracing stuff, counterpointed by the mournful strings and intriguing brass developments of 'Freibad'. This trio culminates in the haunting 'Barfuss Durch Gras', which is as sublime a piece of instrumental music as I've heard all year.

After that stunning sequence it's perhaps inevitable that Ferndorf's latter stages are more pleasing than gripping. Despite the album peaking early, though, there's more than enough evidence here to suggest that Hauschka, thrillingly, is just getting into his stride.