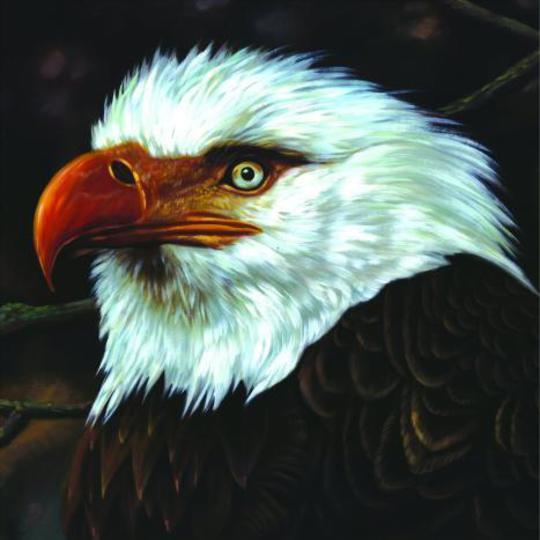 Mogwai are a band who stand so much at the forefront of the post-rock genre that it's almost impossible to take any album they have produced in complete isolation. With a back catalogue boasting Rock Action, Happy Songs For Happy People, and Young Team, everything released by the giants of the genre will be instantly compared to the heights scaled in those records. But, of course, we all know just how good Mogwai have been...

First up on The Hawk Is Howling; 'I'm Jim Morrison, I'm Dead' ushers you into the album with familiarity, as singly struck reverb-laden keys, gently picked guitars and a brick-by-brick crescendo all appear before fading out into the ether. ‘Batcat’ then bounds and thunders its way over you like an overpopulated herd of overfed and clumsy wildebeest; the bottom end and cymbal crashing dominating any guitar noodling present in the periphery into oblivion. There may not be much material on the album which is full-on balls-out rock - barbarously brutal moments are few and far between - but in 'Batcat' the hawk is not so much howling as joining the vultures in clawing over your corpse and trawling through your innards for their fill.

Though The Hawk Is Howling's understated moments do far outweigh the boisterous ones, this is no bad thing; the pregnant anticipatory shtick is something Mogwai have always done well. The perennial problem here is that anticipation alone is often not enough for such lengthy tracks as 'Thank You Space Expert' and 'I Love You, I'm Going To Blow Up Your School'. The production is cleaner and crisper than ever before, but the rawness contained in previous releases is somewhat lacking due to the absence of soaring and searing riffs. But Mogwai have always been a band who are more than the post-rock predictability of soft-heavy-soft. A heavier use of background electronic instrumentation is most prominent here, and for the most part it fits into the album neatly without being garish.

At a pace which rarely exceeds a laid-back stroll, the album slowly but, as sure as day is light and night is dark, exhibits some satisfying moments as it progresses. Nothing is too overstated but everything is somehow reassuringly constructed in the most organic way. ‘The Sun Smells Too Loud’ is the only real hiccup in proceedings and still sounds as much like a piss take, outtake or b-side as it did in July, rumbling along insipidly and tediously for nearly seven minutes and features a riff that could barely be more grating. 'I Love You, I'm Going To Blow Up Your School' shows Mogwai still have the knack for those epic seven-minuters, whilst album closer 'The Precipice' leaves you hanging by your fingertips over just that, as it gathers pace, force and velocity towards a conclusion of crunching proportions whilst the hawk's talons claw at your few remaining fingernails as you desperately cling on.

The Hawk Is Howling may not induce the apprehensive anxiety of Happy Songs For Happy People or even match the apocalyptic ambience of Rock Action, but when taken in isolation, even outside of the Mogwai name, it holds its own as Mogwai's first solely instrumental album (there's not even a subtle and softly spoken Scots accent being passed through a vocoder). Perhaps Mogwai have made a rod for their own back-catalogue but, after over a decade of output, The Hawk Is Howling proves they still remain worthy of their place on the post-rock pedestal.