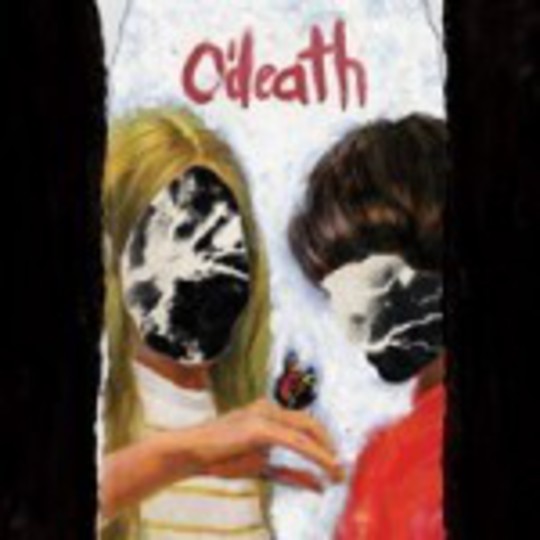 Coming on strong with all the pent-up mania of Tom Waits or Shane MacGowan, O’Death’s third album positively exudes menace. From the tense, muted banjo strikes on which it opens, to the raucous cries of ‘Lean-To’ that see it out, Broken Hymns, Limbs, And Skin is a dark, twisted, and occasionally glorious listen. Its only flaw is that, at 14 tracks long and with a tendency to lapse in to fiddle-led hoedowns, it all gets a bit; well, a bit exhausting.

Anyone who’s caught the troupe at any of their renowned live shows will be well aware of their fiery tendencies. This is bluegrass filtered through hulking great amplifiers – rock; metal; even an element of Romany swing informs their sound, led with gusto by Greg Jamie’s mighty wail. What impresses most in these deliciously dark, imagery-heavy numbers isn’t so much when they’re firing on all cylinders, but rather when they restrain themselves slightly, laying out the sumptuous melodies they’re well capable of without going for the jugular in such a brazen fashion.

That said, when they hit their stride – and they really do hit, hard – the results are deeply inviting; the weight and swell of ‘Fire On Peshtigo’ – where Jamie sings of filling the night with “broken empty song” and a “horizon turning red” is fine indeed, as infectious as it is dripping with gloom and touched by a madness of sorts. ‘Home’ is magnificent also; again the album title is referenced, in a slow-burning, truly muscular stomp, while the graceful ‘Angeline’ offers welcome respite.

Songs like ‘Vacant Moan’, ‘Grey Sun’, and perhaps most pertinently the warped love song ‘On An Aching Sea’ are indicative of the darkness abounding, and it’s to the band’s credit that rarely does the album feel unduly oppressive. The carnival-esque, unsettling vibe permeating forms both its strong appeal (check the frenzied, out-of-nowhere screams / stabs of violin on ‘Mountain Shifts’) and sometime downfall, as sustaining momentum at the pace O’Death strive to can prove alienating. Peppered with stark imagery and carried off with consummate musical skill however, for the most part it’s utterly absorbing.