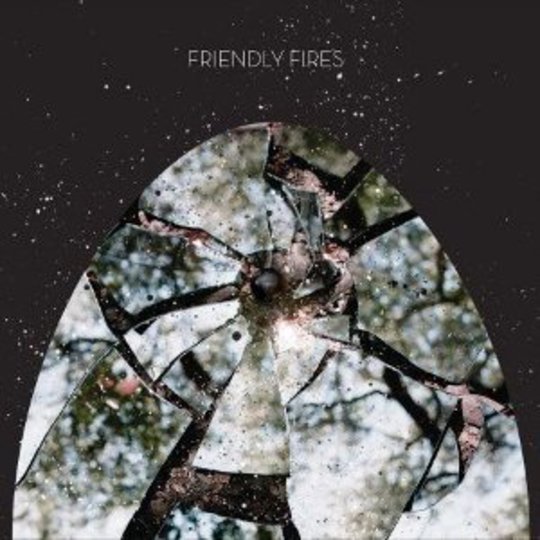 Thankfully Friendly Fires haven’t been too tarnished by the endless glow stick paradigms associated with the now dreaded nu-rave tag, and their laboriously recorded, self-titled debut only serves to confirm the burgeoning distance from a world of garish neon and questionable colour combinations.

Eschewing the acid revivalism of Klaxons, Friendly Fires are the laidback older sibling to their snotty, demanding, attention-deficit little brother. They make music with dancing in mind, and while they’re more than happy to expose an electronic underbelly, disco sirens are replaced with pernickety percussion. Falsettos serve more than a novelty purpose and the end result is a lean, trim ten track hit of blessed-out halcyon pop and shifting shoegaze.

You might be surprised to know they used play in a hardcore band. You probably already know that the purveyors of 2008’s slickest, disco punk filth don’t hail from New York, but St Albans. Despite the lack of cultural kudos, Friendly Fires don’t just pull it off, they revel in it. It’s a debut that bubbles with elements of DFA’s cooler-than-thou production and the house party inclinations of The Rapture, riotously polished off with Ed McFarlane’s vocal.

Now ten tracks might initially represent a measly return for two years of toil, but apart from a brief Epworth dabble on album opener ‘Jump in the Pool’, it’s a self-produced, heartfelt debut that’s been tinkered and trimmed to dizzying effect.

An album brimming with stand alone tracks; it’s as comfortable and capable of gracing dance floors as it is commandeering mainstream radio playlists. Swathes of rapturous synth and punchy, rhythmic basslines are twisted into an immediate melange of daytime friendly anthems and itchy indie disco floor fillers designed to get your feet moving independently of your body.

Assured, short and ultimately sweet, Friendly Fires is a glib reminder that you don’t need an M6 underpass, New York penthouse or guestlist to have an all night disco party, and remind us there’s no shame in getting your groove on.