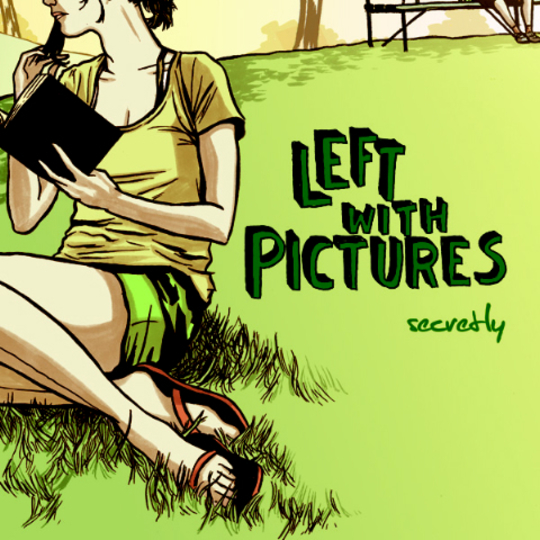 There are so many artists whose press releases nonchalantly fart out phrases such as ‘classically trained’ or ‘baroque pop’ or, maybe, ‘channelling the majesty of Haydn’s _sturm und drang _period’ or something equally flaccid. These claims are, on almost every single occasion, terrifyingly wrong, tiresome, a bit delusional and, frankly, quite insulting to the listener.

Left With Pictures are a bendy hybrid of early classical chord shapes and very pure pop melodies. They manage at all times to be terribly aware of how to fill the musical spaces. They can’t really be described as a rock act or a folk act or, really, a pop act - they’re just an ensemble. They use traditional instruments, but sensitively and avoid the temptation of, y’know, doing one of those records where the singer stands there patronising session musicians and conducts a song that really needs no conducting. Left With Pictures expertly arrange the right instruments to augment melodies, harmonies and lyrics, they don’t just throw everything at it.

‘We Clutched’ is a soft tale told in rubato, gently teased into acceleration and finally settling into a dainty dance, all the while carefully letting us hear clarinet harmonies, double bass throbs and a lovely lyric. The chord progression is simple, functional even, but it’s the variety of ways in which it is tweaked, the attention to detail in what we’re allowed to hear that makes the whole thing special. Similarly, ‘Boats’ is a tiny miracle of escalations and descents, of fine and pleasingly florid instrumental harmonies and another lovely idiosyncratic and conversational lyrics without being ridiculous. There’s something moving in lines like “I can’t push this boulder from out of the door, could you help me please?”

Left with Pictures are an ensemble of some musicians and writers and composers that painstakingly arrange their pieces. A more complex description than that would undermine their excellence.