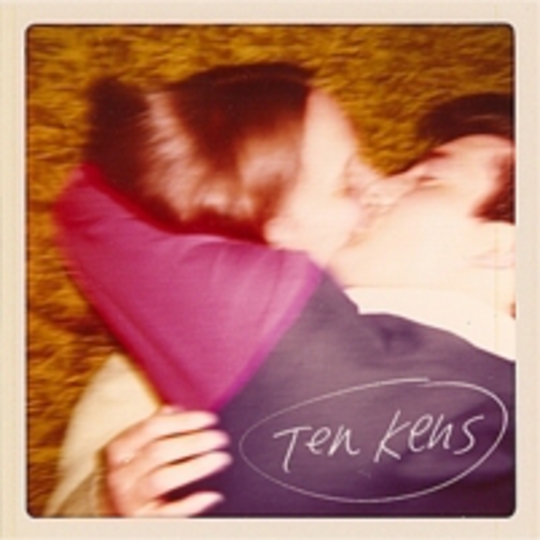 Whilst the odd epic, eyes-to-heaven high note and Canadian origins will probably make Arcade Fire a likely comparison, Toronto’s **Ten Kens often have more in common with the likes of psychedelic rockers Black Mountain, different enough in their indie-psych style to not be completely conventional but accessible enough to not be alienating.

Laden with enough reverb to transform even the slightest squeak into a glass-shattering thunderclap, the expansive effects ensure Ten Kens sounds massive right from the off, the guitars threatening to swallow the rest whole as early as opener ‘Bearfight’ as the fuzzy, cracked distortion grandly swamps the drums as if they were all recorded in some endless cavernous space. Yet when the dust settles around their eponymous debut, the actually-Kenless quartet give the impression that they’re not actually a brooding bunch, merely a band who want to make something a little darker than the handclaps of college rock they sound like they once admired.

Consequently, Ten Kens switches from sounding like the soundtrack to some private, brooding blockbuster in places to fully-bearded rock-outs and soft-focus jams in others. Here, summery _ooh_s and _ahh_s mix with the slurred and the sluggish, the lyrics often incomprehensible and lightly fuzzed for added effect as the styles chop and change; the dusty trail of ‘The Alternate Biker’, complete with sporadic, breathy narrative mumbles before it hits an instrumental break fit for any wild west, range-roaming Eastwood montage, the thigh-slapping up-tempo country riff of ‘Downcome Home’ and the sinister gothic tone of midnight’s ‘Refined’, or the wide-eyed Pixies-like stare of ‘Spanish Fly’. Come the album's second act, a tamer side begins to emerge - ‘Prodigal Sum’ is soft to the touch, cooed backing vocals taken from sunny US college rock with a nod to 10cc, the _bah-bah-bahs_ becoming _da-da-das_ for the jaunty indie-rock of ‘Worthless & Oversimplified Ideas’ a little later on, before truly hitting its psychedelic stride for the concluding triplet.

Yet as the appeal of the cathedral reverb starts to wane a little, Ten Kens itself is prone to fading away, left slightly bleak, two-dimensional and in desperate need of something snappy to pull it all taut again. Sure, the songs may zigzag left to right as these drunken captains guide their vessels on a few unexpected detours – and why not shake up the song structures from time to time? – but the identical production throughout ensures they’re all written on the same page in the same ink, quite out of sorts for an album that concentrates so hard on throwing you variations on a theme throughout.

Intriguing regardless, and almost guaranteed to capture your attention for a short time at least, even if it isn’t as engaging as it perhaps should be.