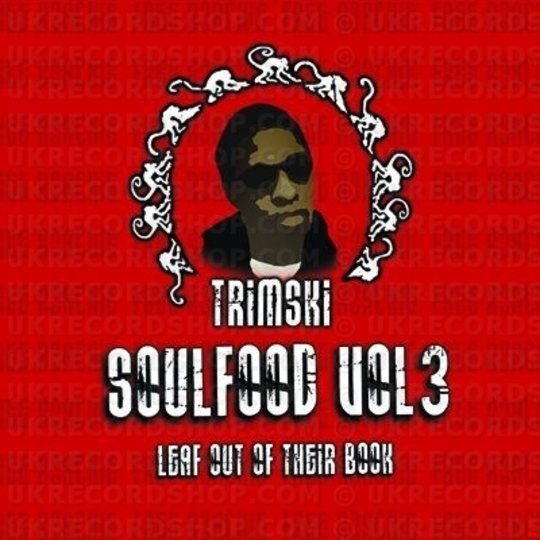 When Martin Clark asked Trim last Novemeber what it was he looked for in a beat, Trim (a.k.a Trimbal, Trimothy, Taliban, Trim Trim Cheroo…) replied, “I just look for space”. Trim’s flow demands space; whereas most grime MCs spit their bars in recognisable ‘rap’ (with some, like Ghetto, taking that need for speed to its extreme) Trim’s flow is completely different – you could almost describe it as like being talked at: it’s slow, clear, dominating and precise.

Mixtapes are a good stage for a dressing down: not official or short enough to be classified as an ‘album’, they’re more a means of letting an MC tell the scene he’s still around, still present and correct. In a genre obsessed with age, power and presence, it’s vital. Yet while Ghetto’s flow explodes with hyperbolic velocity that can render a track almost unlistenably staccato, Trim’s mixtapes, while still obviously dealing with the traditional grime concerns, have a different feel. Because of the way he delivers his bars, space, as he points out, comes to the fore. In between the words you can hear subtler hints of other things that grime’s supra-masculinity can paper over. Grime and dubstep beats have always contained a dark, melancholic strain – even the most casual listener to Burial’s records can tell you that. On Soulfood vol.3 (the latest instalment in the five-part Soulfood project), more than ever before, Trim as an MC is able to deliver lines that can – consciously or otherwise – match the melancholy of some of the music.

Because mixtapes are so immediate, completely a product of the moment, there’s often one particular incident that casts a pall over them – Durrty Goodz’s incredible Axiom EP was dominated by his acquittal for murder (and the simultaneous life sentence handed down to his half-brother Crazy Titch); while Wiley’s Tunnel Vision vol.6 was drenched in an incensed, obsessive desire to rebut the chorus from Dizzee Rascal’s ‘Pussyole’. Here, as elsewhere, for Trim it’s the shadow of his acrimonious departure from Roll Deep that lurks over the record. It’s there in the most fist-pumping, dance floor pleasing songs, like the short, sharp, boisterous ‘Let Me Know’: “I left Roll Deep, I set the pace, yes I did”. More noticeably, more startlingly, it’s there in the downbeat tracks too. Indeed, the whole album is covered in a sad, tragic sense of loneliness and abandonment, a product of a life spent on the streets of Tower Hamlets.

His exit from Roll Deep is just one aspect of the claustrophobic world that Trim conjures, one that’s almost left him behind completely. The sense of solitude infuses the lyrics throughout - on ‘Inside Looking Out’ he tells us that “it’s my party and I can cry if I want to… [there’s] not much faith in me”; on ‘Just Do Your Thing’ he exclaims “just leave me alone!”. In a cut-throat environment, where everyone is out only for themselves, paranoia starts to lurk – “I can see you, you ain’t far,” Trim menaces, on the Radioclit-produced ‘I Can See You’. Even family isn’t safe from this individualism: ‘It’s a Cold World’ describes how Trim’s now successful cousin, footballer Leon Knight, has completely forgotten about him. Soulfood vol.3 is loaded with constant images of similar acts of selfishness and vindictiveness.

Most extraordinary of all is ‘The Low Dan’, on which Trim’s flow is at its most penetrating, most effective, his eloquence and inventive wordplay allowing him to create a whole put-down track that never sounds dull or self-involved. As the bars go on, the whole song an indictment of Roll Deep’s Flow Dan, words and phrases reappear and disappear, little half-rhymes emerging out Brain’s 8-bit production. Trim’s bitterness with Flow Dan stems from, again, being let down, left behind: “I’m just looking up to him, talking to him in certain ways / and ‘cos our parents are from the same place… but he’s done certain ‘tings to make me think he ain’t really out for me”. The half-rhyme of “ways” and “place”, suddenly, in among the semi-stream-of-consciousness lyrics, becomes thrilling – Trim teasing you with glimpses of coherence before it all breaks down again, back into anger and solitude (you can find Clark’s step-by-step analysis of this incredible song here).

It’s this strange self-awareness that makes Soulfood vol.3 so fascinating – the fact that at times it is so tragically frank about the life of an MC who might never truly ‘make it’, whilst at the same time never trying to make that fear of failure and abandonment into a dominant theme or cohesive ‘concept’. Like everything else on the mixtape, it’s just a reflection of a harsh reality.

You can buy Soulfood vol.3 here.