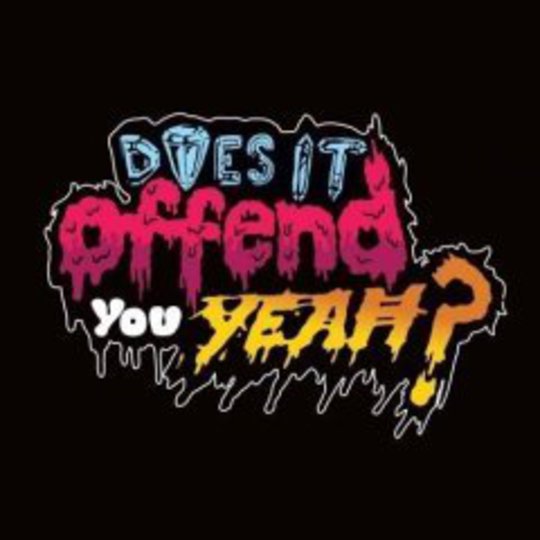 You mustn’t hate Does It Offend You, Yeah?. They want you to hate them; it’s a leading question.

Consider the facts: the Reading quartet's debut showcases a singular talent for annoying names - ‘We Are Rockstars’ and ‘Epic Last Song’ to name just a few - seemingly designed with the express intent of getting up your nose.

It seems reasonable to expect, therefore, a knowing bumfuck of a record, an aesthetically pukesome collision of the mad, the bad and the ugly. In fact, You’ve No Idea What You’re Getting Yourself Into isn’t so much offensive as it is vapid and dull, the kind of crass party music that tries to pass laziness off as fun by dint of its being consciously shallow.

Actually the more pertinent question posed on You've No Idea... would seem to be the rather more concise ‘will this do yeah’, opening as it does with the sound of feckless frat party revellers feeding pizza slices into Justice’s disk drive on ‘Battle Royale’.

The strident onslaught and cymbal splashes of ‘With A Heavy Heart (I Regret To Inform You)’ are a soulless echo of DFA 1979, while ‘Let’s Make Out’ sounds like an nth rate Cameo tribute act doing facile take-offs of !!! And ‘Doomed Now’ layers fatuous vocoder effects over a lumpen 4/4 gallop, sadly indicative of DIOYY?’s sweet tooth for redundant pastiche over anything of substance.

A shame, really, since there are couple of songs here displaying a melodic facility far in excess of the record’s dumbed-down intent. 'Dawn Of The Dead''s estuary-vowelled ‘80s pop channels the vogueish likes of Psychedelic Furs and Simple Minds into a satisfying whole that fairly sparkles next to the hollow excesses in evidence elsewhere. And ‘Weird Science’ reworks the same formula into a crystalline white-bred funk reminiscent of Foals doing Duran Duran.

But really, it’s not enough to paper over the gaping hole where DIOYY?’s soul should be; an absence that’s not so much worthy of our moral indignation, as a leading question of our own: does it sound like a mediocre record, yeah?