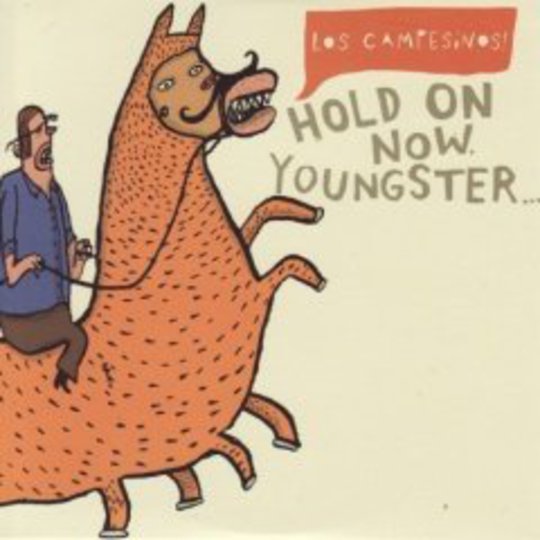 For a music hack, few years are as important as 1997. Not because of the quality of music that it gave birth to: outside of street level club heaters like ‘The Distance’ and ‘Semi Charmed Life’, it was a pretty dismal 12 months. No, 1997 is important here because that was the year that Britpop finally ground to a halt, and that kinda shit never fails to entertain.

Of course, the foundations had begun to crumble the previous year (insert your own John Harris 101 New Labour / Spice Girls / Gareth Southgate half-assed theorising as to why here), but it was in 1997 that a whole heap of new bands, of various quality, stepped up to the plate and let Northern Uproar know that they were coming for that number one spot.

So up in Glasgow the Belle & Sebastian bandwagon was finally hitting full speed, over in Wales acts like SFA and Catatonia were becoming permanent residents on The O-Zone and Channel 4’s 6:55pm music video slot, and down in London Luxembourgish / American / Swedish genderbenders Placebo were letting their frontman charm the nation’s public and press.

The two points here being that, firstly, all of these bands were in some way opposed to the basic tenets of Britpop (B&S’s tweeness, the Welsh acts’ rejection of the Union Jack, Placebo’s Ladybird’s My First Book Of Sexual Politics shtick). The second being that these bands weren’t English: the bands that thrived after Britpop, indeed actually saved us from it, were all divorced from Albion.

Which brings us to* Los Campesinos!*, formed in Wales, played in Wales, Welsh by association. 2007 was the worst year for British indie since 1996, and something needed to change. I don’t want to put any responsibility on these guys’ shoulders – as an Italian who has spent many long evenings watching Antonio Cassano fuck up the Azzuri’s frontline I know what kind of damage can be done when you have too great expectations for someone barely out of puberty. But these guys... these guys may actually save us from our ill-defined enemy.

What it boils down to, to these ears, is that Los Campesinos! are probably the first big UK indie band to have grown up not with the NME, Melody Maker, or even the fucking Fly. They sound like the first UK indie band who have grown up reading Pitchfork. What this means is, while that obviously makes them horrid, horrid people to hold a conversation about music with, they’re free from all of the negative influences that British indie is committed to bathing itself in over and over again. Hold On Now, Youngster is an album completely free of The Kinks. Completely free of The Clash. Completely free of Weller or Morrissey or Gallagher or fucking Suggs. No, this is a band who have very foreign influences: Pavement, Deerhoof, Architecture In Helsinki. And they take all of those influences, remove any concept of subtlety those bands may have had, and plug up the gaps with glockenspiels played directly into the microphone. It works perfectly.

For something so light-hearted and hook –laden, Hold On Now, Youngster can be a tough, exhausting listen. It’s unrelentingly loud, so tracks like ‘Broken Heartbeats Sound Like Breakbeats’ make you feel as if you’re permanently trapped in the state of being awoken by alarm clock, vocalist Gareth Campesinos! making great mileage out of yelping and spinning a metaphor between the ups and downs of a relationship and electro drum loops.

But the exhaustion, the loudness, the fact that this album has no let-up at all... that’s what makes these guys, this album leaves you with a sense of exhilaration after 45 recorded minutes that most acts would struggle to leave you with live. And they’ve got youth on their side, which allows them to get away of the occasionally awfully lower sixth bout of lyricism (“Meanwhile, back at home, not in Communist Russia, but only on my headphones” being most heinous of these crimes). Or, as Gareth sums up himself as long-time favourite ‘You! Me! Dancing!’ shatteredly lunges towards the end of its seven minutes of indie disco philosophising. “We’re ignorant, we’re stupid, but we’re happy”. It’s a good state to be in.

‘This Is How You Spell "Hahaha, We Destroyed The Hopes And Dreams Of A Generation Of Faux-Romantics"’ isn’t just one for the youths that like to change their MSN usernames to song titles, but also works perfectly as the world’s first slice of bubblegum post rock. ‘Drop It Doe Eyes’ sees Aleks Campesinos! enshrined as the best female counterpoint vocalist in indie since Sarah Martin. Even ‘2007, The Year Punk Broke (My Heart)’, at heart just an excuse to that _“every instrument played at once getting loud” _thing that bands come up with when they can’t think of how to end a gig properly, comes across as sweet enough to bring a smile to your face, but stimulating enough to bring sweat to your brow.

There really isn’t anything wrong with this album. It’s just the most amazing sugar rush you’re going to have this year, and is what, at this point in time, sounds strongly like the best debut album by a British indie band since Tigermilk. Now just pray to God that these guys can make it to a second album without Diablo Cody getting her grubby little mitts on their soundtracking rights.

Various, Zapped By A Million Volts, Above Them