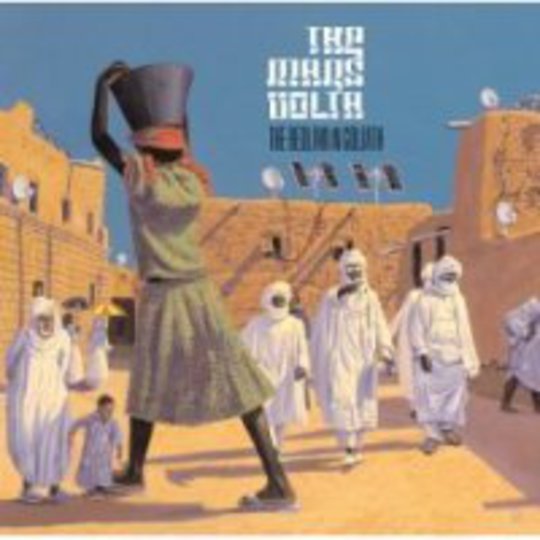 It’s good to see that The Mars Volta don’t depend on death for inspiration and inspired music. When they first formed after the bifurcation of At The Drive-In via De Facto, their debut Deloused In the Comatorium traced the imaginary narrative of their friend, the late Julio Venegas, as he fought his way through a drug-induced coma (before waking in real life and jumping from the Mesa Street overpass into interstate traffic). The tour undertaken to support that album saw the heroin-related death of their sound manipulator Jeremy Ward and, in turn, birthed the inspiration for their second album Frances The Mute. It might sound in bad taste to suggest it but their third album Amputechture was not noticeably less dense or itchily packed full of ideas and riffs, but it was undeniable that without a tangible theme or concept the album, while it didn’t lack focus, was perhaps was slightly light on soul.

So they have returned to the concept album for their fourth outing; luckily, this time no one died. But the band will tell you that it was a close call. The back story is long and (necessarily) confused but goes something like this. While passing through a flea market in Jerusalem an old man beckoned MV guitarist Omar Rodriguez-Lopez into his antiques shop (the establishment will be familiar to anyone who has seen Hellraiser, or read any Poe or Lovecraft) and sold him a Ouija board, known as the Soothsayer. The talking board came to take the place of a new drug when the band were on a long tour with the Red Hot Chili Peppers and began put them in touch with several characters including the titular Goliath, a trio of voices belonging to a daughter murdered in an honour killing, her mother and the voice of an ugly and jealous male spirit keen on drowning out the females. So their story goes, the board became an obsession and provided about 80 per cent of the lyrics for Cedric Bixler-Zavala on the album and began demanding payment in kind. After this all manner of chaos broke out around the recording of the album, their long-time producer had a nervous breakdown, band members got flooded out of their homes, entire tracks went missing. Scared that an evil force was trying to break through into our reality, the shock-haired guitarist stole the board back and buried it in the desert.

Anyway, as luck would have it, the vinyl version of this excellently unhinged album folds out into your very own copy of a ‘positive soothsayer’, so you too can help fight the bad male spirit, keep Goliath in his pan-dimensional prison and maybe halt the building of a fourth runway at Heathrow as well.

But this story, no matter how preposterous, has been just the tonic for The Mars Volta and spurred them on to even grander sonic experiments and assaults on the senses. For the most part, this is the heaviest record that they’ve recorded and the most far-out as well. Omar’s obsession with free jazz/rock fusion and ‘70s Miles Davis is more fully realised here, calling to mind his highly experimental, self-titled album released on the Dutch imprint Willie Anderson two years ago. Speaking in general terms Cedric’s vocals have been processed, harmonized and twisted out of shape in more ways than you would have thought possible. The Volta aren’t stupid enough to spoon feed you the exact details of their barmpot story, meaning that it’s possible to ignore if you’ve got little in the way of tolerance for Dungeons and Dragons capers with your progressive music, but sonically it acts as the backbone. The berserk opener ‘Aberkinkula’ nails their already well defined acid freak-out sound to Middle Eastern scales like a punk/prog (prug/pronk) The Devil’s Anvil. ‘Metatron’ _is hyper-accelerated Lalo Schiffrin in car chase mode before warping into warp-fast computer game theme-styled power metal before skidding to a halt in the more pastoral prog scenery of Aphrodite’s Child. In fact, each track is composed from so many riffs, ideas, styles _et cetera that it would literally take you weeks to dissect the entire album, so dense is its structure.