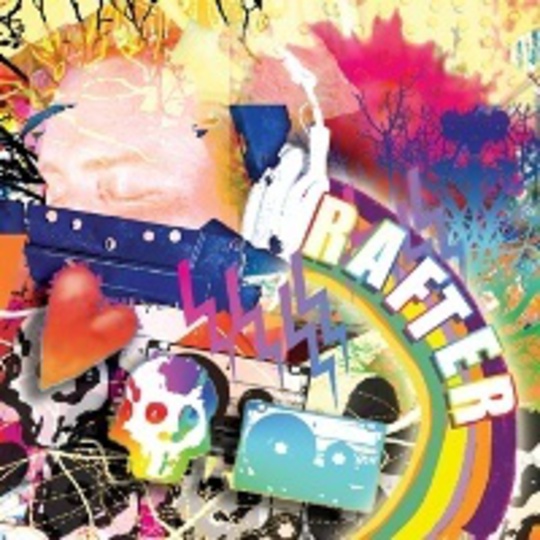 With the festive period now just a dulling throb in your kidneys and spring still an eerie twinkle on the horizon, you all need something to fill the Christmas Tree-shaped hole in the scattered pine-needle ruin of your lives right now. Because, to be brutally honest, you look like shit. Along with mentally scanning ahead for the next feasible bank holiday - alas, in vain! - Rafter might just be the answer to your prayers.

The California-based musician and producer of some renown, aka Rafter Roberts, uses advertising work to bring in the dough while recording on the cheap at his San Diego studio for the artists he loves, an impressive roll call which includes the likes of Fiery Furnaces, The Rapture, Black Heart Procession and Sufjan Stevens.

Signed to Stevens’ Asthmatic Kitty label with the full release of early homemade recording 10 Songs in 2006, Rafter’s second full-length, Sex Death Cassette, sounds like the breathlessly-edited trailer for this year’s summer, pieced together with an adman-turned-director’s instinctive flair for fizzing fragments of bombast and disdain for narrative coherence.

To that end he reminds me of Beck, but Sex Death Cassette doesn’t wear its Frankenstein stitches as auspiciously as does the flash half of his Los Angeles counterpart's oeuvre; its emotional and musical lurches are less pronounced, on the whole making for a more integrated listen which impresses with its range without jarring on the palate excessively.

Rafter tempers his incurably sweet tooth for syrupy psychedelia with an insouciant lo-fi aesthetic that sees him rattle through 21 songs in less than 36 minutes, a commendable approach which sees him mine countless rewarding seams over the course of the record. On the other hand the same piecemeal attitude produces an occasionally bitty listen, like being forced to examine Robert Pollard’s proudly-displayed collection of half-chewed penny sweets.

Stick with him, though, and you're in for a treat: 'zzzpenchant' is '80s r'n'b fed through the devouring jaws of a malfunctioning paper shredder, while the irresistible horns and marimba of 'Love Time Now Please' have all the vibrant intensity of brightly-coloured fabrics dancing on the summer breeze.

There’s melancholy to underscore the optimism, too: 'How To And Why' marries the bludgeoning beats of DJ Shadow’s 'Number Song' with the gauche melodicism of The Flaming Lips, while 'Tropical' sounds, frankly, anything but, a sullen shimmy that comes on like The Knife covering 10CC’s 'I’m Not In Love'.

Finally there are touches of folk evident in the rusty door hinge-swing of 'Sleazy Sleepy' and 'Chances', whose scuttling rhythms and buffeting strings cheekily recall the epic sweep of Sufjan Stevens’ state project records.

A fine listen, all told, and one which thankfully wears its tattered postmodern soul on its sleeve: for all of Sex Death Cassette’s studio trickery and pizzazz, there’s no evidence Rafter will be needing to go down the 'hushed folk' route to exorcise the ghost of his conscience just yet. He should come out and play more often.