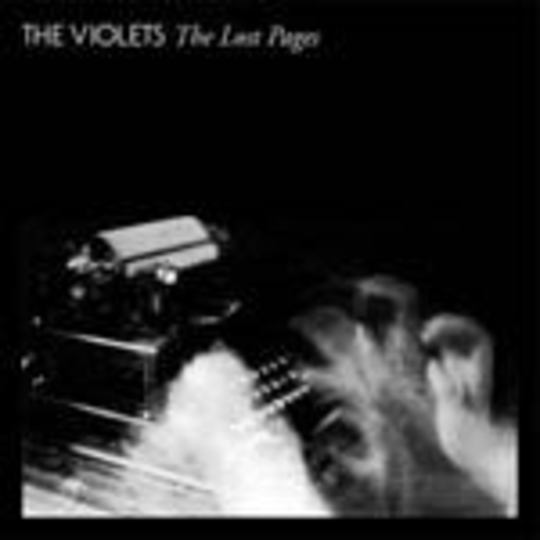 Depending which side of the fence you sit on, The Violets are either the most exciting thing to happen to Southend since the pier burnt down in an angular, rhythmic post-punk kind of way, or mere wannabe intellectual scenesters peddling half-arsed tunes from the back pages of Siouxsie Sioux and Hazel O'Connor.

Being a spoilsport, I'm perched comfortably in the middle, splinter-free and undecided as to the whys, wherefores, and overall importance of a band who thus far, to be fair, have released four quite sublime seven-inches.

Sadly, a quartet of 45s doeth not necessarily constitute a great album, and although The Lost Pages tries to at least offer something different to the standard Angular Records splatter-punk fare, it's actually on these moments that the record lets itself down somewhat. Take the closing couplet of 'Parting Glances' and 'Nature Of Obsession' for example. On the former, the band do their utmost to drag out what would have been fine as a two-minute pop song into a five-minute, sleep-inducing dirge, while the latter is one reason why bands so obviously situated in art-punk territory should never, ever attempt a ballad.

Negatives out of the way, there are also moments where The Lost Pages stands out quite admirably. Former singles 'Foreo' and 'Hush Away' resonate with an eerie death disco precision, while 'Co-Plax' and the opening thrash of 'Shade To Be' both illustrate - and suitably translate - The Violets' raucous live energy in quite a pulsating fashion.

Overall though, The Lost Pages is just that bit lacking in substance, and it's highly unlikely you'd want to come back to it next month, let alone in a year's time. Instead, just dig out those singles and hope they can re-produce the formula they know and do best in the not too distant future.