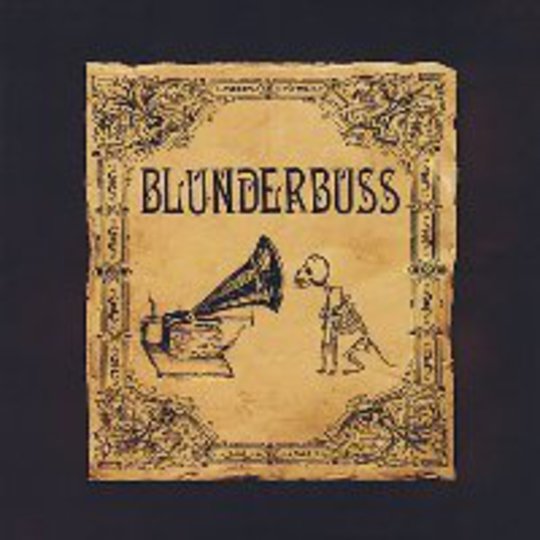 Say what you will about the constraints of modern day instrumental music – post-, drone-, et cetera-rock, and the like – but the fact remains that some of the most challenging, most beautiful and most brutal works around are produced by bands that eschew vocals, stretching from the hypnotic underwater ballets of Stars Of The Lid and Mono's moonlit sonatas to the titanium-strong riffs of Pelican right through to M83's electro-kissed shoegaze. It's just a shame that for every artist pushing boundaries and building bridges there are a thousand more watsai'ing slowly with no sense of direction and no modicum of melody or originality.

Granted, Pittsburgh natives Blunderbuss' self-titled album is not entirely instrumental, but it is driven throughout by the duelling guitars of Ben Matthews and Jeff Ellsworth. 'Broughton's Rules' offers a few faint signs of promise, with urgent drums and cascading guitars interlinking in a vaguely similar way to that of Love Of Diagrams to provide an initially enjoyable album entry. But even before the track climaxes, at under four minutes, there is a tired, laborious feel, and by the time the album reaches its midpoint on the five minute-plus 'Sin Built Stars' listening actively to the album becomes an extremely arduous task. It is evident on tracks like this that Blunderbuss dream of creating post-metal skyscrapers like those of ISIS or Neurosis, but their offerings equate to little more than shanty huts in tornado alley.

There are many different directions that the finger of blame could be pointed in. The first is at the production: guitarist Ben's dishwater-dull vocals are levelled awkwardly between the guitars and drums, so that they neither stand out nor add to the overall sound being created. Elsewhere, the turgid and ever-repetitive sub-metal riffs that limply seep out hold neither the brutality or beauty to garner any emotive response or even a passing interest.

That Blunderbuss have (reportedly) been plying their trade since the late ‘80s, supporting acts from Jesus Lizard to Don Caballero, but are still yet to form an independent sound, or even an above-par adaptation (read: copy) is quite remarkable. This is the sound of the bottom of the barrel being scraped so hard that splinters pass so far through fingernails that they reach your shoulder blades.