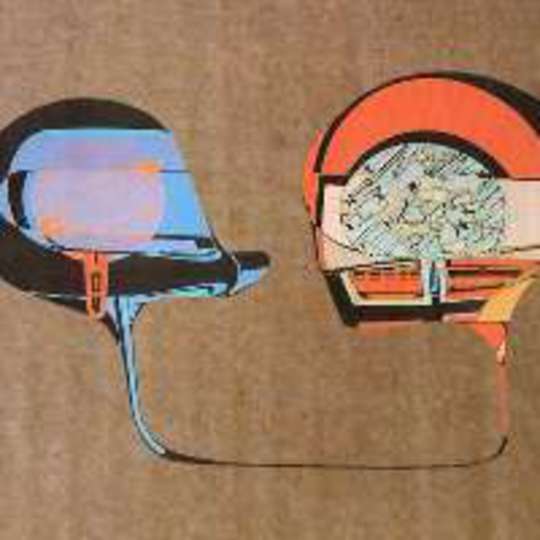 Rubbish weather, new found debt and the post-holiday comedown. These are just a few of the less than favourite things that make up January for the most of us. A struggle it certainly is, and it’s little wonder that many already start plotting their escape to sunnier climes during this less than favourable time.

In musical terms, it’s also a time where many of us need something gentle to ease our entry into the New Year. Enter Cymbient then with the shining West Coast via Cardiff pop of their sophomore LP, Out On the Waves.

Mixing together the all too familiar bits of Brian Wilson, the Byrds and anything else that brings to mind harmony laden ‘60s pop, you wouldn’t be wrong in questioning the worth of once again revisiting these psyche drenched sounds. After all, didn’t the originals do it better and hasn’t the ‘60s thing been done to death by every long-haired revivalist imaginable? Of course, and Out On the Waves would certainly be one to ignore for those reasons if not for the fact that Cymbient showcase an impeccable knack for melody on every song here that’s difficult to dismiss.

Whether it’s the hushed throb of ‘Bad Moon’ _or the angelic harmonies of _‘Truculent’, there’s little on this record to be offended by. Though for those seeking the eclecticism of a Beefheart, a Zappa or even the lunacy of early Supper Furries, you best look elsewhere. What Cymbient offer is an easy to digest strain of ‘60s influenced pop that’s more Mamas and the Papas sitting down for a quiet night in then the mind-bending theatrics of The Soft Machine.

Revolutionary stuff this certainly isn’t, but in the long dark days of January, a slice of gentle pop such as this is often all you need to help you while away the hours.