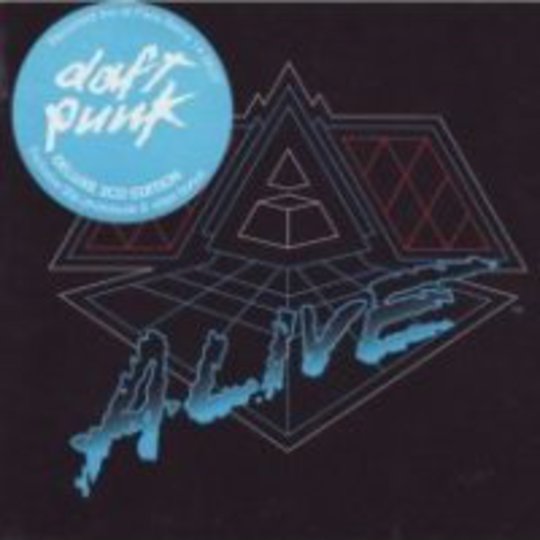 In 2005 *Daft Punk *dropped Human After All, one of those records that flipped from being hugely anticipated in the build-up to release, to being an album hardly anyone cared about when it was. It went down to a fiver in the chain stores a couple of months after it came out and I still couldn’t be bothered to pick it up. Allegedly bashed together in a couple of weeks as a snub to their label Virgin Records, it did what it claimed to do in the (all-too-knowing?) title, proving that the previously impeccable Daft Punk could fuck up and stick out sub-par product like anyone else.

That recontextualisation of their worst album helped them a lot, but what really put them on top again — aside from being sampled on a Kanye West number one and making their own feature film (a noughties Barbarella: enticingly beautiful stills, a snooze to watch) — was what every ambitious band needed this year: a heavyweight festival set. As a festival-phobe I never caught it but going by the ludicrously large amount of wide-eyed and mind-fucked Facebook updates I received it must have been pretty impressive. A pair of robots at the centre of a pulsing neon pyramid firing lasers from their giant priapic penises,_ et cetera_; the whole Jean-Michel Jarre tonguing Pink Floyd deal.

Alive 2007 is the inevitable, lushly packaged live album version of the experience. And whilst I don’t doubt how great it must have been in person — I’ve heard about it too often — as a listening experience it’s rubbish. This is an endless, vibeless dry hump that grinds to a halt every time it’s in danger of building up a head of steam. After just about every pair of artfully blended tracks everything stops and the crowd cheer a lot. Granted, at those points multi-coloured strobes are probably bouncing off a thousand glowing healing crystals and that would have looked very beautiful, but as an album this has more jerky stops and starts than a 17-year-old learner driver’s first lesson, which given the raw forward motion of Daft Punk’s previous, excellent live album (of course called Alive 1997) is a real disappointment. When they play ‘Da Funk’ the crowd sing along with the synth riff, it’s that type of record.

If you were there and want an audio-postcard of the night when noise and flashing lights broke your brain then add four to the given mark. Otherwise this is like pretty much every live album: pointless and skippable.