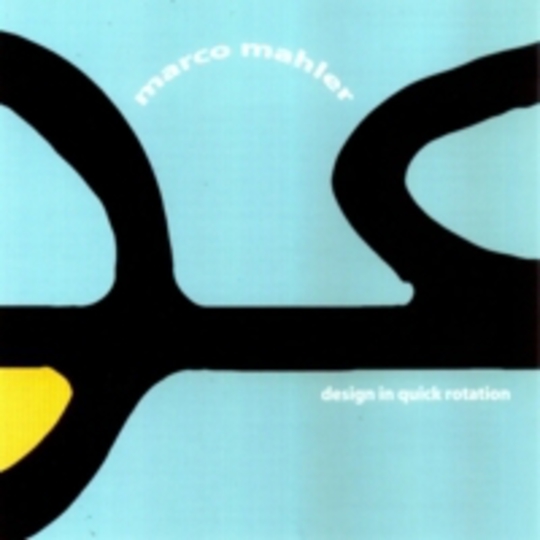 With the expertly finger-picked guitar styles of Jose Gonzalez and Bert Jansch and almost ethereal vocals which somehow mirror both of the above but also, somehow, neither, Marco Mahler could well be The Sandman of folk music.

His self-released debut, Design In Quick Rotation, has a wistfully whispering, time-stopping quality - given full attention, barely any time seems to pass from start to end, from the slow fade-up of the very first guitar phrase to the similarly weighted, glockenspiel-assisted finale of ‘Go Crocodile’ eleven tracks later. Linear in style it may be – many of the songs have similar arrangements – but boring it isn’t, from start to finish a spellbinding blend of warmly-rippling accompaniments strewn over the album’s one true constant, deafeningly quiet rhythm and lead folk guitar.

Even at full volume, Design In Quick Rotation does little other than skirt around the senses such is its lack of confrontation – it’s music to watch rain roll down the window to, captivating in its complete peace and almost as lazy in its construction as the end result is to consume. From the title track’s vocal melody, hinting at a chorus which never arrives, to the various looping instrumentals encountered more towards the album’s cushioning conclusion (which themselves serve as even more amiable interludes between the already pleasant chapters), the songs switch between sounding like they’ve either never properly begun or just allowed to tail off, free-wheeling to a standstill in their own time.

Amongst the highlights, the noodling instrumental folk of ‘Otmar’ sounds like it should be in some Wes Anderson film, whilst ‘Orange Chinese Car’ shares some common melodic properties with The Connells' big hit of yesteryear for the album's primary attempt at a pop song, the chorus part-hummed, part dun-dun-dun-nuh’d to completion. Elsewhere, ‘Hike The Lake’ periodically sounds like it’s torn between parodying 'House of the Rising Sun_' and aiming slightly higher, eventually taking onboard some looping kick drum and all manner of layered, buzzing or reversed acoustic guitars for electronica-assisted good times instead, and during ‘Fields’, Mahler sets off on a hushed soliloquy as murmured and flat as Jeff Lewis’ occasional ramble.

It’s hard to pick one true highlight though, given the natural flow across the whole album, and whilst repeated listens may leave the listener drowsy and zoned out - this is far from energetic stuff, after all – it’s a small price to pay for a highly competent mixture of beauty and solace.