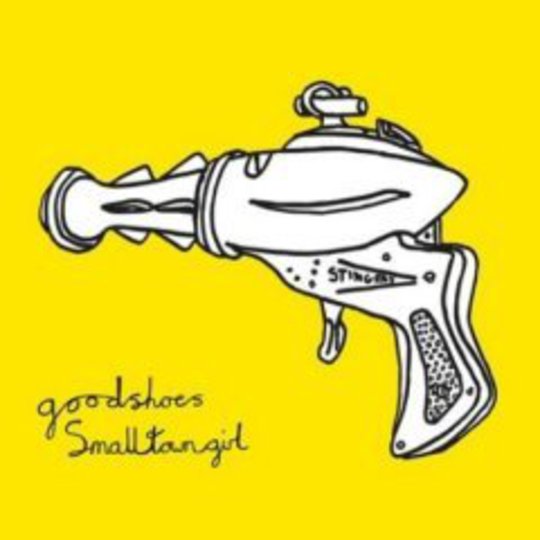 The only point I can see in **Good Shoes's attempt to release the entirety of their debut album, Think Before You Speak, twice is that reviews like this get written pointing out how pointless it all is.

To some, I suppose, all coverage is good coverage. But there's only so many times you can shout something before the words lose all meaning and the message falls in with the background noise. That debut record I mentioned before was a very fine one, full of guitars so clean and brilliant you'd suspect they'd been up to mischief if they weren't so defiantly listless. As it is, every time the band, or Brille (their label), put out a song that's been around for three or more years you can't help but think that Good Shoes don't have anything to hide. And that'd be a shame.

The single? 'Small Town Girl' is a more-than-decent track, taking sharp turns and in frontman Rhys Jones the South London quartet possess a singer whose restraint with melody mirrors their own aloof, exegetic stance perfectly. It's strange to hear the guitars relegated for the dance-y remix, and that strangeness is welcome, but the video is the most poignant thing about this release.

Confusion nags in the split-second before the familiar guitar chimes in; as the footage is familiar too. When four skinny boys emerge from either side of the frame, superimposed onto the original, self-directed 2005 video for 'Small Town Girl' the track is immediately given another dimension; metaphorically, visually and literally. The effect is stunning and, as a crop-mopped Rhys Jones bobs away in front of the coy twin two years his junior, it seems like maybe the quartet are hiding something. The flickers of insolent protest? Listless evolves into disheart. Fingers x'd that someone's recording the songs they're writing now to release them in two year's time, because Good Shoes have the makings of a superb, frustrated, heart-weakening pop band. And maybe that is, or was, the whole point.