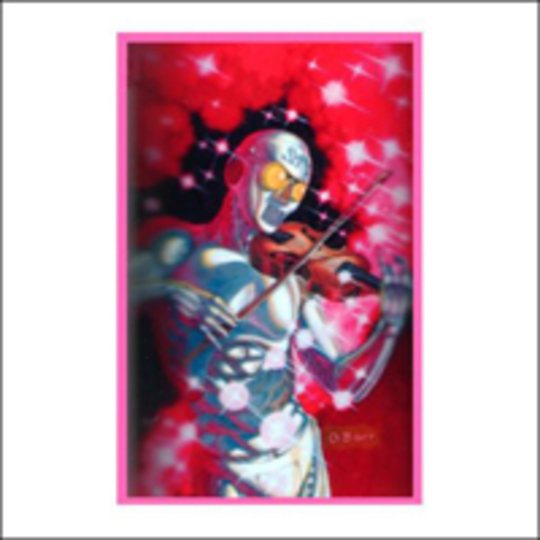 Does it? Does it really? The new **John Maus record being the ‘it’, the new John Maus record being ‘the shit’ as LA cohorts will exhale, with or without the ‘the’. Loved by some, hated by plenty, last year’s Songs debut was an album much like this one is_; just flatlining synths, essentially, with loose, bobbing bass and drums that cruise by doing just enough to go unnoticed. At the front of it all _was Maus’s voice hupping and slurring, always on the verge of laughter, intoning in a glum timbre that “the city of night is the city of fools”, then something else I couldn’t understand, then a line about riding a horse to school. John Maus sounds like he _was the type of boy that fantasised about riding a horse to school. And then fell off…

Platitudes. Introductions need platitudes. First: Maus has brilliant friends – he plays with both Ariel Pink’s Haunted Graffiti and Panda Bear, keys, fingers pressed to those of synths that sound like being drowned in pink lemonade. There are words that are supposed to paint for you the air John Maus’s songs breathe, define it with received gravity – ‘dreamtime’, ‘retro-futurist’, ‘morose’. Like Pink, his heart bleeds, they say, for the post-blah ‘new sincerity’ movement that rejects the blanket of irony keeping Western culture cosy in these days of privatised Ptolemy.

Some of this wisdom’s accurate – tracks like the superb ‘Navy Seals’, ‘Tenebrae’ and the Low-reffing ‘Do Your Best’ get as close as anything since Daydream Nation to summoning the blood-sky rains of dreamtime. Nothing, though, of Love Is Real evaporates, drops of sound kept alive by mirrors of reverb that have muffled speakers in piles of kipple by record’s end and Maus’s voice, somewhere between Him and him is – yes – more Curtis than it’s been before, doubtless. But to rely purely on the reverie, and the entropy, and the idiot for this set’s worth is to get too bogged down in the Arcadian swamp of its sound. It’s not the Garden of Eden, it’s pop music.

Albeit savage, tempting, testing pop music; dressed and ashamed in production that hides about as much as Ziggy Stardust. Again, the mask reveals more of its wearer than nakedness ever could, the sheet of noise Maus hides behind bruising from dim, sunken sound and the cauliflowers grow, banks of muscle building on your ‘drums. Soon they’ll get to be fat and blocking, like horrible, little, fleshy hinges and all that’ll be audible will be what John hears as he draws you through the static and into his world like a television set, jealous, lonely and superior.

In this way John Maus is arch; he's the smitten duke you see still wandering loaded hometown streets on your return from the city. Witnessed from a distance, as the lo-fi production on Love Is Real forces you to, he is a near-mythical, fox-like figure; silhouetted against the thin weight of the changing light at the edges of a Gregory Crewdson photo. The dilemma is to hold back and watch or quicken step in pursuit of more than that dark outline? Get too close, somehow learn to ignore or dismiss the production as a gimmick, and there are worries the myth might fall from his shoulders like a dirty old cloak - stay watching from afar and shower this release in the superlatives it craves.

Me? I’m just glad I’ve found a record that gives me the choice, and keeps me caught in the middle, taut in tension with fingertips constantly feeling out the rough edges of discovery. Pushing on – or retreating away? – into the nothingness that surrounds it, Maus’s universe is one that can mean all things to all who, however fleetingly, inhabit it; dizzying and pungent. God? Is that you? Nar son, it’s just Ian Curtis. He's taking his smile back.