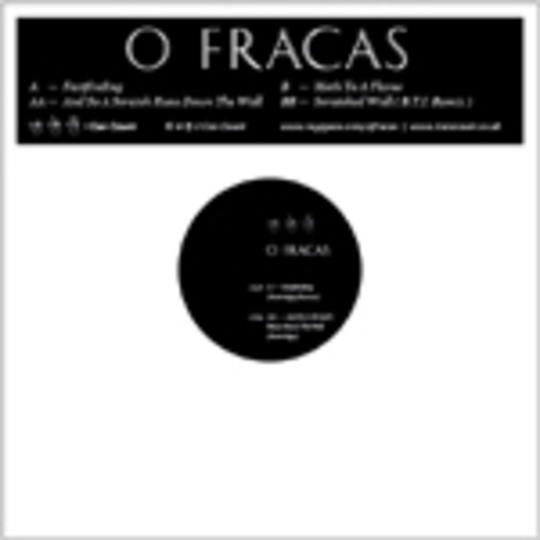 Music is so disorganized lately. I am not sure when messy and unkempt became cool again, but I feel as if every third band lauded as the next best thing for three weeks is muddy in their approach, be it melodically, how the songs are sung or the attitude taken to making the music. Plus, most of these bands – yes you, The Enemy and The Courteeners – are rubbish; complete, unadulterated gash. Not being able to play your instruments properly only works when substance is injected elsewhere in the overall product. The acts above and their contemporaries being bussed around to play campus tours lack, well, everything. Substance included. Call me jaded, but eventually it all grows so tiresome, exhausting even. Yet, this is not a cry for a return to something different, because I love sweaty, ballsy disjointed rock and roll, and aside from all the crap, there is a lot of fantastic discordant stuff abound. Just why is none of it ever talked about? Can someone answer that?

This brings me to O Fracas, because the Leeds quartet and their bubbly all-over-the-place Factfinding EP provide hard evidence that things aren’t all that bad. This is jumbled, angular, confusing stuff. But in these supposed weaknesses lie O Fracas’ strength. The disorganization afoot is enticing and mysterious. Each song, especially the lead single and title track – the video for which cost 100 quid and was short listed by MTV2; way to go, lads – is a mess of four minutes of music, coagulating the verse-chorus-verse structure into a slew of sounds that barely resemble cogent. But here lies the beauty with O Fracas’ zeal. There is substance within the mess. There is authority here, power even, as if they are proud of the mess they are making. And I like it.

Plus, instead of manifesting a sort of musical disorganization because of some sort of troubled, low-income upbringing as many bands that bitch about Coventry and Wolverhampton do, the Factfinding EP is festive and alive, as getting messy and having a go with everything at once is fun, ain’t it? It sure sounds like it. And the additional three songs tacked on the EP enhance the single, rather than weigh it down. ‘And a Scratch Runs Down a Wall’ and ‘Moth to a Flame’ are both dancier than the title track, but the chord progressions are too sparse to get anybody moving. Instead, these clocks and clangs move and shake just for the hell of it, again, creating more musical ADHD, mess, FUN. And the final take, a hip-hop remix of ‘Scratched Wall’, is as good as its predecessors. Finally, a mess of a band free of self-indulgence and full of substance. Please take notice.