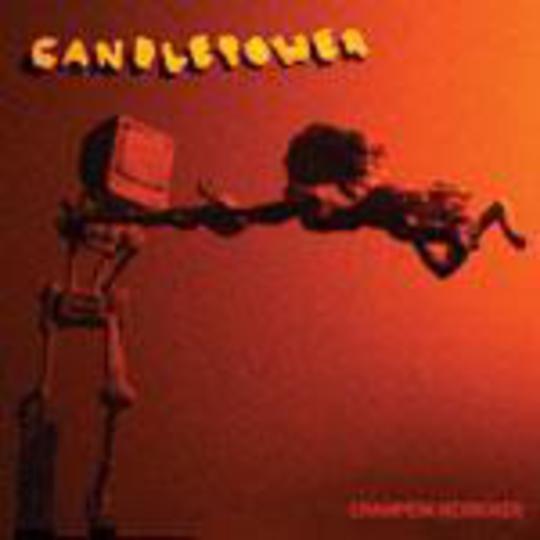 Candlepower. That’s a remarkably appropriate name, what with Champion Kickboxer having such an antiquated, pre-electric-lighting sounding… um… sound. This is mainly down to their exceedingly choral style of vocal harmonies, which sound like they’re broadcast straight from the monastery and which are so strong a feature of the Champion Kickboxer aesthetic that even instruments so non-monkish as guitars and drums take on an matins-esque aura in their company.

Said harmonies are something of a Champion Kickboxer trademark, and mean that this five-track EP can be easily identified as theirs by anyone who’s heard the album. However, what’s going on behind the vocals has definitely evolved: the melodies have the same tripping sparseness, and there’s still a strong rhythmic element, but although the notes they're composed of are still strong and weighty, the rhythms themselves have broken out and shattered in sympathy with the fractured tunes. As a result the whole thing sounds more strung-out and counter-intuitive; a heavy-duty spiders’ web of sound, with the space between the notes often stretched out to the maximum extent possible without erasing the notes altogether.

However, the heaviness of the vocals means that the songs still maintain a solemn momentum, holding the melody together and getting it over the finishing line without it ever disintegrating or feeling at all lightweight. A fine combination of the ponderous and the gossamer; and a musical progression which suits Champion Kickboxer very well.