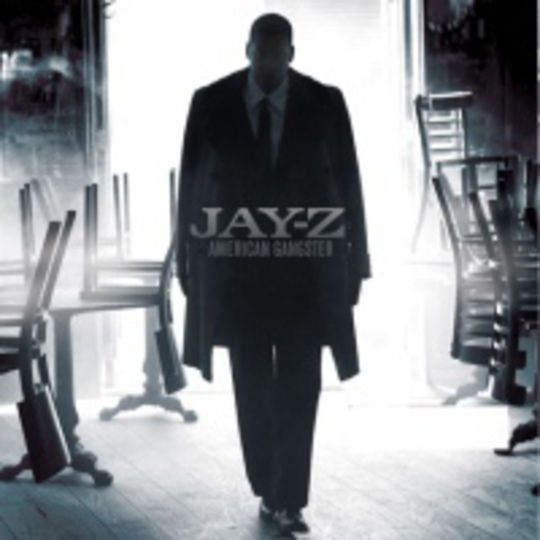 If ever a warning to musicians not to bother with the façade of some self-important mock-retirement existed, Shawn Carter is it. When Jay-Z declared his retirement off the back of The Black Album in 2003, it was about as accomplished a conclusion to a career as one could hope for, with fanfare sounding as Carter sloped off to the confines of his Roc-A-Fella empire, beau in arm, safe in satisfaction of his co-ownership of beauty line Carol’s Daughter.

Carter returned to the fold all but immediately after the announcement. But rather than a glut of inspiration, his comeback was marked by the dubious R. Kelly collaboration Unfinished Business, a heinous, limp-cocked cash-cow pieced together from unreleased material to promote the pair’s joint touring venture that was about as sexless as Dane Bowers skulking around a nightclub clutching a palm of date-rape tabs. Then, presumably nonplussed by Danger Mouse’s failing to cash in on another passing streak of inspiration, Carter decided cobbling together his own take on The Grey Album made sound entrepreneurial sense, teaming up with Mike Shinoda and his squadron of Linkin Park buffoons for Collision Course, a bloated rap-rock wet dream before his critically-damned solo pursuit with Kingdom Come (feat. Chris “thanks dad” Martin) bombed last year. As a result interest has waned somewhat; recent efforts seeming more like products just as in need of a market pitch as Rocawear’s range of lingerie or luxury hand soaps than a chance to showcase a virtuoso’s unabashed brilliance. And so, surely American Gangster, a ‘concept’ record inspired by the film of the same name, would further mark this decline?

It certainly starts that way with the introduction track alone bearing a volley of banal soundbites (“Your gangster is not defined by how low your jeans fall by your waist but more by how genes stand over his expectations”; “if you believe in Jay-Z then you, too, can be a gangster”). Directed by Ridley Scott, the film itself picks up on Harlem dealer Frank Lucas as Jay picks parallels, reflecting upon the pushing pastures of his youth and how he could have faced a similar downfall to that of Lucas, convicted in 1976 of smuggling loads from Vietnam using soldiers’ coffins. As Jay pleads “Please don’t compare me to rappers / compare me to trappers / I’m more Frank Lucas than Ludacris / and Luda’s my dude, I'm not trying to diss” on the suitably-titled ‘No Hook’, it just seems like a man unashamedly distant from the leftfield innovation that has distinguished a clutch of hip-hop records in 2007.

The opening batch of tracks are dishearteningly tame as ‘Pray’ chimes like an overblown skit with his esteemed other half Beyoncé blathering some gospel nonsense over the top. Then the mild-mannered soul of ‘American Dreamin’’, taking an utterly uninspired route of sampling Marvin Gaye’s ‘Soon I’ll Be Loving You’, follows suit by refusing to go anywhere as it spirals in a vacuum of inspiration. Even when Lil Wayne joins in he seems disorientated, as his deranged rasp is slowed in the tepid, stutter-to-fade Beastie Boys-pilfering ‘Hello Brooklyn 2.0’.

But just when the record seems to be dragging its heels trying to make an impression, ‘Roc Boys (And The Winner Is…)’ kicks in, brass rasping, and denotes a change in tack. Rather than the forced grandeur of the first half of the record, Jay finds his feet with a track befitting his beguiling, slow-tongued flow, rhymes lapping compulsively over Beyoncé, Cassie and Kanye West background grunts on the album's finest three. Elsewhere, Pharrell weighs in with a pair of minimalist hip-pop highlights, as ‘I Know’ and ‘Blue Magic’ showcase the same slow-burning, back-to-basics brilliance that marked out Clipse’s Hell Hath No Fury.

The jury’s still out on whether Carter would rather be releasing a range of vintage monocles through Rocawear and be hailed as an entrepreneurial deity than release another record of genuine ingenuity, but that fails to denote that American Gangster is as consistent a record as the Def Jam CEO has produced since his short-lived retirement. Where recently it had been his downfall, it is some of the collaborations on this record that really stand out as Jay leans on contributions from Bilal, Beanie Sigel and even old sparring partner Nas for the intoxicating ‘Success’. Patchy, perhaps, but there's plenty over the course of American Gangster to suggest that, even if sullied by a lack of prolificacy, at least the Brooklyn beatnik is keeping the right company again.