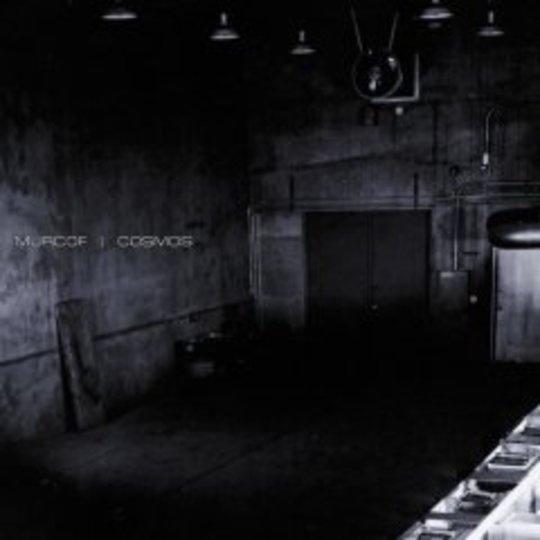 Cosmos isn’t an easy record to listen to, let alone grow to love. It’s metallic, hard and sharp of edges; it clunks and grinds, eerie drones dancing atop a bubbling pool of molten microchips and processors. Murcof - known to some as Fernando Corona - has done away with the glitches and fizzes that made up so much of his previous work; here, the Mexican’s symphonies are wholly organic.

Sort of, anyway: strings are layered using modern technology, samples strewn with a calculated precision. Beneath them, bass rumbles like the best Earth or SunnO))), evil permeating the beauty spun by delicate passages of bow-bred introspection. Corona’s conceptual framework – that all pieces be inspired by the simple action of tilting a head skywards to gaze at the stars – is a worthwhile piece of the puzzle, but without it Cosmos remains a genuinely intoxicating attraction.

The micro-beats of ‘Cielo’ serve as an echo of achievements past, but that they’re surrounded by a mechanical hum, enveloping and not a little intimidating, is indicative of the progress made since 2005’s Remembranza. While that album was dedicated to Corona’s late mother, it seemed to lack the emotional depth of this long-player, a record initially conceived only as an EP. As alien instrumentation drifts, undulating on airwaves thickened by a very full-sounding collage of blips and chants, the skin prickles and tingles; the brain knows full well no harm can come the body’s way, yet still tendons are taut, primed for flee. Strange, that a record can seem so threatening, and moving, and beautiful all at once.

‘Cosmos I’ crawls like a Japanese horror movie’s spawned-from-the-TV villain, slow but with purpose, intent in its eyes; it creaks like an abandoned ship lost amongst the stars, dust sparkling on long-silenced computer terminals, ice forming between keys stood still for hundreds of years. It’s the sound of the black, of the perpetual night, made quite hauntingly real, all around you and inside you. Its second part, ‘Cosmos II’_, is equally as stirring, conjuring daydreams most listeners would rather remained at the periphery of their psyche.

Yet despite the oppressive qualities of Cosmos, it’s an album that necessitates repeat visitation almost immediately after its climax, the tenderly melancholic and just slightly spectral ‘Oort’, has faded from view, rattling back into the depths. It possesses qualities found in the work of Growing, Wolf Eyes, composers long deceased, electronica artists yet to be; it’s a beguiling mixture of the unknown and well established, and as a cohesive whole it demands your utmost attention for the duration.

Providing, of course, that you deem it worthy of prolonged concentration. Do so and you may find it something of a black hole, from which escape is more and more unlikely with each passing recital.