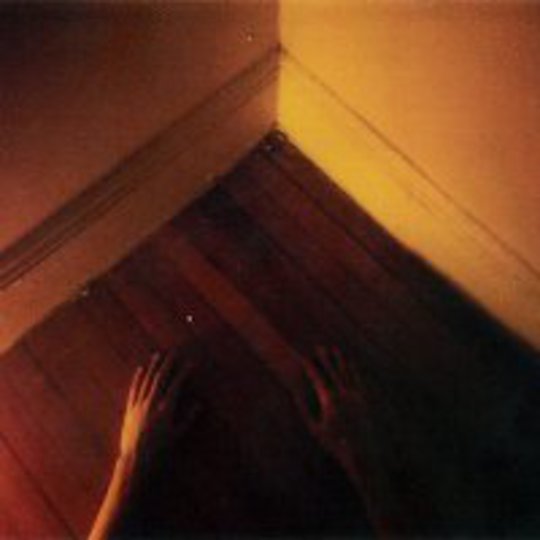 Sometimes, music doesn’t need to be interesting, genre-defining, or even that good to be moving. And in all honesty, Goldmund’s Two Point Discrimination doesn’t really do all that much. This is an EP stripped of all complexities, which doesn’t mean to say it’s boring; I think we can all agree that if one more fucking indie band gains another guitarist with a passion for bad guitar wanking (a la Don Cab, only shit) and a drummer who thinks he’s an avant-jazz percussionist (when really he gained his first TAMA starter kit less than a month ago) then we’ll explode. Or at least I will.

No,_ no: Goldmund is doing something rather subdued with his music. Consisting primarily of simplistic stabbing piano notes, uncluttered harp plucking, and seemingly sporadic chord strikes, Goldmund is working on a much more spectral level and – _SURPRISE – achieving _so_ much more than the Don Cab wannabes.

From the moment ‘Leading’ opens this record, to the second the final note is plucked on ‘One’, you get the sense as a listener that this album was assembled purely to accompany a film, a really beautiful and epic bohemian drama, as every song lends its symphonic resonance to illustrious and rich imagery. Again, nothing very interesting is happening, but it’s this nothingness that’s so engaging, allowing listeners to fill in the gaps which Goldmund so strategically places on Two Point Discrimination with whatever they wish.

This music is a confusing but beautiful mess of sound. Remember the first time you listened to Steve Reich? Yeah, this isn’t that good – I mean, that would be pretty ridiculous – but it’s just as hypnotic. Goldmund almost seems to be playing whatever the hell he likes, allowing discordance to slowly blend with melody. Not only does Goldmund really understand how to weave and construct simplistic-yet-catchy melodies, but he also excels in delivering songs that never outdo themselves in length – as do so many similar artists of his vein. All of his songs seem like perfectly packaged vignettes constructed with care and devotion.

This is the type of record that will probably not receive much attention, but in the long-run I’m certain Goldmund will receive a loyal following, and hopefully inspire many future songwriters.