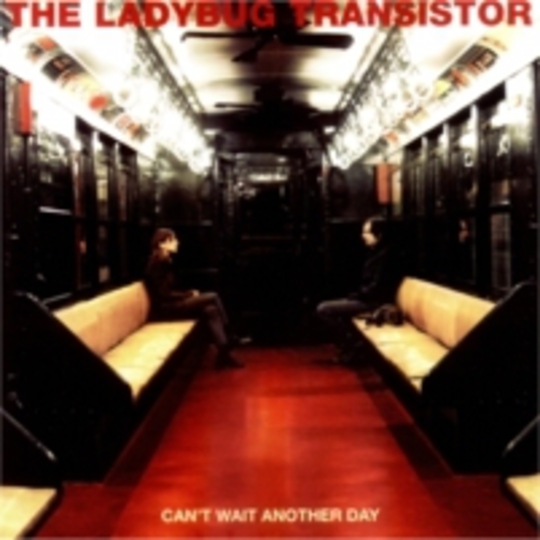 Brooklyn’s indie-pop stalwarts The Ladybug Transistor, active in their various forms since 1995 debut Marlborough Farms, have a respected label in Fortuna Pop! and the list of special guests for Can’t Wait Another Day is impressive enough – Jens Lekman, The Aislers Set and Architecture In Helsinki all feature amongst others.

I should like it, then, but for all the promising ingredients the end result can be suspiciously flavourless. Like some tranquilised Belle and Sebastian record, Can’t Wait Another Day sounds at first like it’s been roused pre-alarm call by some unwelcome guest as it staggers sleepily along, vocalist Gary Olson often sounding like a flat Lou Reed and still with half a mind on last night’s dream, as the light indie-pop generally just happens in the background.

Initially, it takes a little while to adjust to its leisurely pace, a while for the cobwebs to be shaken off and for the first coffee of the day to kick in and slowly wake our hosts up, but after four or so organ-assisted, occasionally psychedelic and amiable enough numbers segue in and out of each other with little to tell them apart, ‘This Old Chase’ pokes its head round the corner. Not so bleary-eyed and willing to step up the tempo, it comes off like The Dandy Warhols minus the associated darkness that comes with them, and Olson’s voice also kicks up a gear, sounding a little more determined to make a go of things. Once the ice is broken things pick up slightly; ‘In-Between’ makes with the Velvet Undergroundisms, succeeded by the gentle breeze of the acoustic, finger-picked ‘So Blind’.

But just when it hits its peak, that's where the memorable moments end and we're kicked out of the door into the still-too-bright morning whilst Gary and the gang go back to bed. Left to reflect on what just happened, so many of the songs sound like so many others on the album, the whole thing meshes together into one lump, and it's hard to tell if those special guests are even there.

With no highlight tracks and no heart-stopping moments, yet at the same time nothing insulting to the ears and a pleasant enough listen, Can’t Wait Another Day is just nice, and whilst it probably never wanted action, excitement or drama, the oft-formulaic nature of the songwriting means it does need that extra kick to stop some from drifting slowly off to the land of nod.