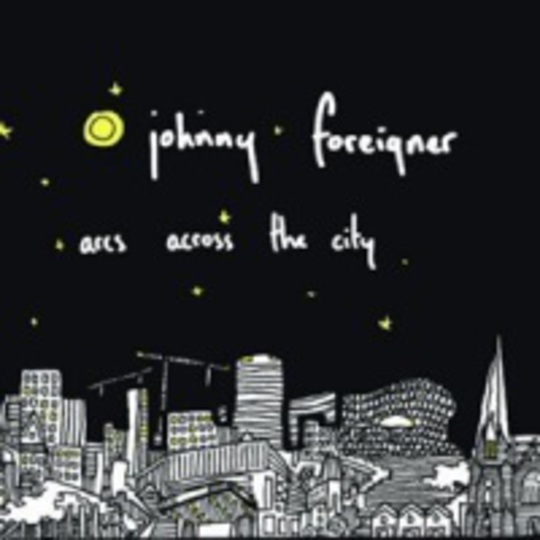 It’s funny how Birmingham has spawned two bands of such differing quality that one is practically the critical polar opposite of the other. On one side you have The Twang, purveyors of lad-rock dirge and kings of all-things shit-core; on the other, Johnny Foreigner. Surely you don’t need a diagram to clarify which act is just about the best damn band to emerge from the nation’s second city for a long time.

Their first album – a seven-track mini-album, Arcs Across The City – introduces Johnny Foreigner as the excitable kids of new-wave indie music. This is pop music packaged with added E-numbers and dancing feet that never misstep.

The boyx2 girlx1 three-piece make clever, fast, instant guitar music. Throwaway, you say? I can tell you, with conviction, that this record hasn’t left my earphones in weeks, save for a couple of days of obligatory Radiohead listening. Be it the sweet, closely matched male-female vocal interplay that sounds the length of ‘Suicide Pact, Yeah?’, or the ADHD guitar on ‘Champagne Girls I Have Known’, this band leave you reaching for the repeat button. They’re everything good you can say about Sonic Youth, Bloc Party and Los Campesinos!, taking the best parts of said bands and twisting the mixture it into something original.

Brilliance extends way past any collective influences, though, as Johnny Foreigner have enough of their own fuel for nostalgic nuances to be ignored.‘Sofacore’ adopts a hyperactive rapid-fire formula and morphs it into a short two-minute manoeuvre, while slower acoustic number ‘All Moseley Gardens’ is tagged on as a hidden track for necessary respite – a move which should put a hush to naysayer tongues suggesting the band are limited to one cheap trick. Come the release of their debut full length, Johnny Foreigner will be unstoppable, if they’re not already at that stage already.

Arcs Across The City is the counter argument to empty bands with emptier songs, to the indie lyricists solely reliant on quick wit and cool urban references. There’s nobody in this band with a fuckwit ‘rock ‘n’ roll’ moniker, there are no retrospective ska leanings, and nothing to chant along to in drunken karaoke. It’s too fast and too clever for the usual clichés. People will complain that it would be impossible to make a music video for them without shooting it in double-speed a la _something from the television show of famous milkman Benny Hill, and that there are too many _twists and turns and bangs and wooshes for a three-minute slot on daytime radio. But I’ll tell you that the usual methods of criticism cease to matter, because this is_ a ten-out-of-ten record if ever I heard one, and I can’t name one other British band deserving of the highest accolade this year. Johnny Foreigner will have you revert to the excitable teenage fanboy that would go out and buy a band’s single in every format just for the b-sides. Y’know, _just because.

Seven songs, 21 minutes, and some of the most exciting indie-pop sounds committed to record by a British band in a long while. Arcs Across The City is the domestic debut album release of the year, hands down.