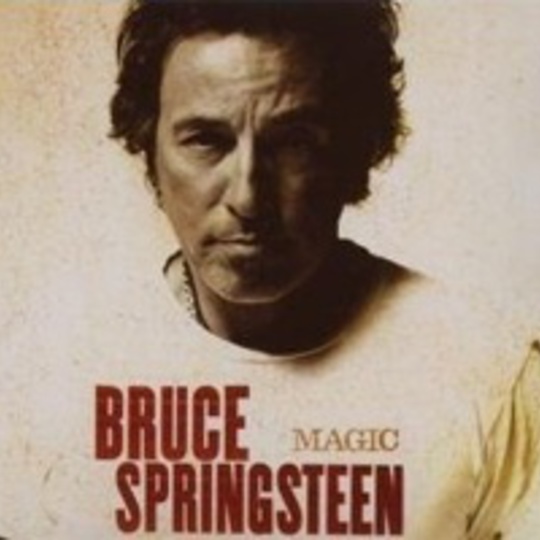 Like all solo artists, but perhaps more than most, it’s always very tempting to treat each release by Bruce Springsteen** as the latest page in his autobiography. And it’s all so easy to do. From lost young man to worn, wise but still searching middle-aged person, the book of Bruce, starting with the almost opening chapter-titled Greetings From Asbury Park, N.J., has always been a fascinating read.

The latest episode finds our hero ruminating largely on age, solitude, religious questioning and loss. Not surprising, given that the record was made in the shadow of the death of his great friend and mentor Terry McGovern. An ode to McGovern ‘Terry’s Song_’ is found, placed as a final eulogy at the end of the record, but its influence seeps through the entire disc. It’s one of the many examples of characters in the songs being united only by their disconnection and social bereavement.

Also looming over the album is the spectre of the war of the past six years – the amount of time, indeed, since the last E Street Band record, The Rising. Springsteen’s manager John Landau has stated that this is not a political record. but he’s either been disingenuous or is attempting to divert the inevitable headlines. Probably, though, he wants to let Magic do its own talking. In the period since The Rising, it seems that the mood then – of reflection over a country violated and under attack – has turned to disgust at its retribution and perhaps unrelated actions.

This is most obvious in ‘Devil’s Arcade’ – the tale of a returning, deceased Iraq war veteran written from the perspective of the soldier’s wife. Elsewhere though, things are slightly more shrouded, but hints and key moments in songs seep through: ‘Gypsy Biker’ considers a town dominated by “A fool’s parade / Shoutin’ victory for the righteous / But there ain’t much here but graves”. The otherwise textbook small town tale of ‘Long Walk Home’ ruminates, somewhat bitterly or betrayed, that “You know that flag / flying over the courthouse / means certain things are set in stone”. ‘Last To Die’ and ‘Your Own Worst Enemy_’ also offer up stormy thoughts on a nation’s predicament.

The strength of the record, though, lies in its narrative modesty. Springsteen has always excelled in global politics channelled through the eyes of local concerns, and Magic is no different. The characters and emotions involved in these songs evoke the sense of gentle misery and depression that seems to have enrobed these times. Probably the only song that remains untainted by such affairs is the inevitable return to the classic Springsteen character study which is ‘Girls In Their Summer Clothes’, about a man who has lost hope in love (“She went away / she cut me like a knife…”) but retains a spark of joy though the fleeting company he keeps in bars and diners (“…maybe you could save my life / just through a glance”).

Which all stands at odds with a largely upbeat sounding, classic rock ‘n’ roll record – in the Springsteen canon, it sits between the tight and stately feel of Born To Run and the more ramshackle yet driving The River. In many ways it’s a distillation of all that’s expected from a Bruce Springsteen & The E Street Band record. Until the 'Ghost Of Tom Joad'-recalling ‘Magic’, it’s a full-band affair with the music usually maintaining a high tempo – that, seemingly, is the illusion. It’s also a clever ploy; for beating people over the head with a stick of morose despair is not a sure-fire way to gain a sympathetic - and large - audience.

Which is probably why Springsteen still gets to hold the unenviable title of North America’s premier political song writer, because he doesn’t throw it in your face, but instead invites you in to listen and think with him.

Magic is a strong record, riddled with sad emotion yet a noble intent to carry on. And, as a result, the fitting next chapter in a man’s – and inevitably his people’s – story.