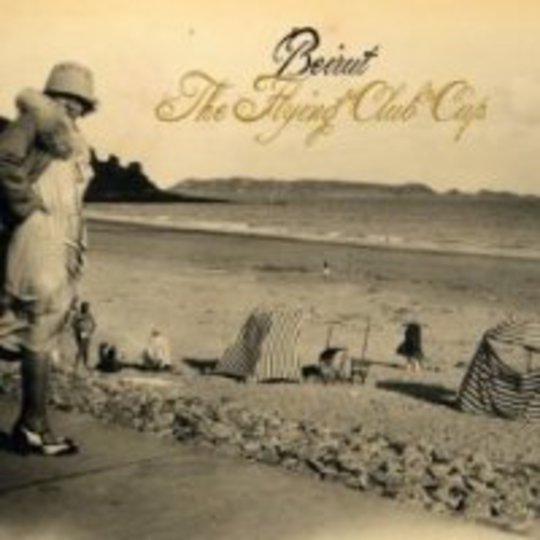 The element of surprise was pivotal to Beirut’s exhilarating Gulag Orkestar. At a time when skinny-fit vagabonds were blurting out tedious ten-a-penny riffs, a shoulder shrugging 20-year-old was orchestrating an ambuscade of striding percussion, deft ukulele bristles and bulging horn flourishes that marched proudly to the traversing rhythms of Eastern Europe. It was a rare explosion of vibrancy in a cocoon of grey sonic insipidity; a stunning declaration of war on the aural myopia that had saturated our eardrums. And once Zach Condon staggered onto the battlefield trumpet in hand, warbling veraciously over those hypnotic Balkan soundscapes, the struggle was over – surrender was all you could do.

But the effects of such an abrupt invasion are fleeting; pretty soon attention abates and questions are posed. It’s during this time of doubt and mistrust where unequivocal, unadulterated talent ascends above the one-trick mares wheeled out as limbless talking heads on spirit-sapping Channel 4 list-umentaries. And with the release of Beirut’s second LP The Flying Club Cup, Condon’s moment of judgement has finally arrived. Make no mistake: a Gulag Orkestar Mk II would hardly render this precocious talent the gypsy-folk embodiment of Junior Senior, but to linger on the debut’s laurels would suppress the captivating aura of reformation that felt like such a juggernautal antithesis in the first place.

Luckily, Zachery’s an explorer - one completely ill at ease with stringing out a winning formula for another effortless victory - and in the sound of_ The Flying Club Cup we find our wily young troubadour packing up his instrument bulging nap-sack and soaring onwards in search pastures new. The ghoulish Balkansian stomps that infused every crevasse of Orkestar have vanished, replaced with charming trinkets of chanson pop melody and swaying Baroque cracknels. It’s a record that transcends beyond the swarming despondency engulfed in the likes of _‘Postcards From Italy’ or ‘After The Curtain’, lending itself more to the retrospective sky-larking that spilled out from last year’s Lon Gisland EP. But what The Flying Club Cup shares with its darkly-tinged predecessor is an overwhelming penchant to excavate uncultivated lands - and this time the setting’s decidedly more Gallic.

Yet from ‘Nantes’’ first brittle organ flicker its clear Condon’s composed equilibrium has been ruffled by this newly arrived destination. His unmistakable brazen croon is tempered with a fatigued tenderness that twists the mariachi saunter of brass and percussion into an evocative ballad, and this downtrodden sense of self-assessment entwines itself throughout the fabric of every intricately woven track. The dramatic symbol clashes and haunting choral backdrop still present themselves thrillingly in ‘Guyamas Sonora’’s climatic opus but Condon shies away from the indecipherable wail of old, becoming more statesman like in projection. And for that,_ The Flying Club Cup _is all the more mesmerising.

Venturing out on to windswept Parisian streets, Zach’s tankard-swigging trill leads ‘A Sunday Smile’ through a weeping horn-blowing carousel to the gorgeous ukulele bluster of ‘The Penalty’ before axis-spinning onto album highlight ‘Forks And Knives (La Fete)’’s illuminated pathway. A shuffling big-band cacophony of trumpet, strings and tickling mandolin, this lamp-swinging saunter swoons to a twinkle-toed Broadway-esque rhythm that rises perkily above the heart-breaking introversion of ‘Un Dernier Verre (Pour La Route)’ or the title track’s gushing orchestration.

Speckles of Jacques Brel emanate through the spine of this touching, elegiac affair – particularly during the ornately structured ‘Cliquot’ where the twitching, convulsive tones of Final Fantasy’s Owen Pallet mingle amidst breathless accordion wheezes and rat-a-tat drum stumbles – but embedded within woozy, romance-trickled laments like ‘Cherbourg’ lies the mature lyrical persuasiveness of a vaudevillian Cave or Waits. Such glowing accolades may seem impetuous considering this is but the second notch on Condon’s barely creaking musical bed-post, yet every inch is so tenderly crafted there’s little doubt more knee-trembling triumphs lie ahead for our cherub-cheeked wanderer.

Despite being the unmistakable sound of Beirut, this is not the Orkestar extension so widely expected. Rather than congesting the listener with frantic Eastern European folk shanties, a poignant nobility and romantic notion of contemporary France permeates its way into your conscience with unbridled zeal. The surprise may have eroded through the passing of time but with the spellbinding release of The Flying Club Cup young Zachery Condon proves he’s lost none of his creative sparkle.