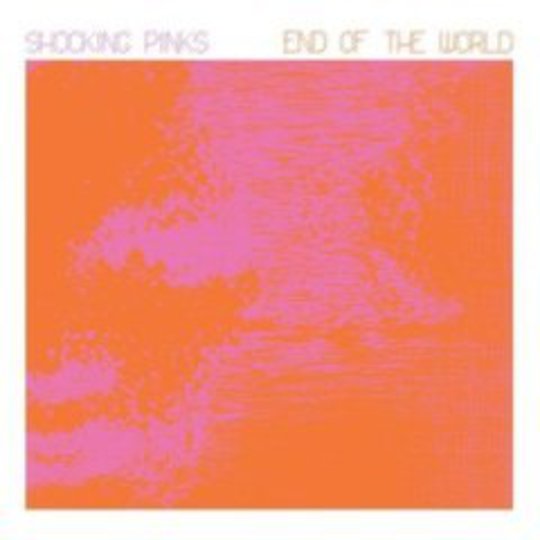 New Zealand’s Shocking Pinks are a precious concern. Already three albums old, their appearance into the wider consciousness came via their self-titled LP, a compilation of efforts from Mathematical Warfare and Infinity Land, their second and third full-length discs.

They’re probably a band who make more sense in the context of a full album (or compilation), but ‘End of the World’ is still a prized artefact. Essentially a joyously downbeat record that could have been lifted from the Factory Records back catalogue, it’s a warming combination of dulcet tones, Joy Division-esque synthetic keys and Arab Strap un-enthusiasm.

“I want to take you out like it’s the end of the world,” emotes mainman Nick Harte mournfully, in a manner that suggests, behind the big overcoats, there’s twinkling eyes.

Check out the long-play records for full gratification, but keep your ears peeled for this beautiful gem on the radiowaves too.