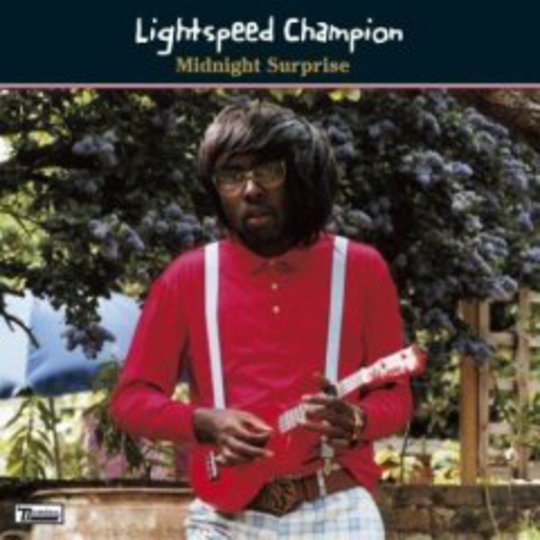 For one so adroit at composing virulent sonic mayhem, Dev Hynes has undergone a dramatic transformation as Lightspeed Champion. The corrosive riffs and slanted, lug-piercing beats that exuded from Test Icicles’ quivering bombast are long gone; replaced by waltzing acoustic strum-a-longs, melting doe-eyed melodies and a vanilla-scented notion of romance more in tune with the gentle mewing of a coiffeured balladeer than roguish hell-raising miscreant. And with the release of new single 'Midnight Surprise' Hynes further extends this rapid reinvention as love-struck troubadour.

A string-laden, country-tinged lament split into three saccharine-soaked subsections, this starry-eyed ten-minute orchestration flutters heart strings with trickling guitar slides and a genial agglomeration of brass and keys. Purring with a breathy laconic glint that recalls a less grandiose Martin Rossiter, Hynes pits himself amidst the mire of triumphant British song-writers and re-emerges as wistfully as Stuart Murdoch caught in a retrospective haze of graceful mid-'90s melancholy.

It’s not quite the stirring opus you suspect was intended – the four-minute radio edit sits more readily at ease as a blithesome hook-dazed bluster – but, while Hynes’ metamorphosis continues to take shape, 'Midnight Surprise' is an ear-pleasing attestation to the triumphs that surely lie ahead.