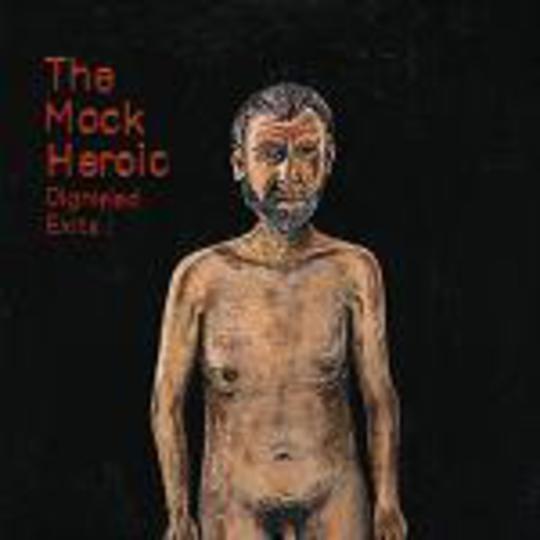 Four-piece The Mock Heroic may call Norwich their hometown but they sound like the resident band of the lowest level of Hell, sound-tracking penance for the most heinous of crimes. Indeed, it’s hard to know how something so fierce, so challenging, so unspeakably brutal, could come from such an unassuming location.

But The Mock Heroic’s brutality lies not just in their volume or velocity but in their delivery. Dignified Exits_ juts into unrecognizable shapes constantly, at the drop of a hat or a body, whichever fits better. Think Orthrelm picking over the bare bones of The Locust. Or some other juxtaposition of hardcore and sheer, unrelenting noise you care to imagine.

Though the idea is obviously ludicrous at times it seems like different shapes appear on different listens, so foreign and incomprehensible are the epileptic squalls that compose the album. That the packaging offers lyrics (strangely prosaic) and explanations of each song does not take away from the hysterical sense of mystery; it only creates a more vivid image, a noose retying itself into knots more and more impenetrable. Picking a highlight isn’t difficult, it is impossible: snippets of music ten seconds apart have as little common ground as those seven songs apart.

In 11 tracks taking 23 minutes to unravel, The Mock Heroic have created a new blueprint for hardcore music, but it is a blueprint that spirals out and self-corrects itself with every passing second, walls stretching and floors giving way to mile-deep pits of inky black nothingness._ Dignified Exits _is an album for the few seconds before a car crash, when your soul begins its escape of the body and someone else’s life flashes before your eyes.