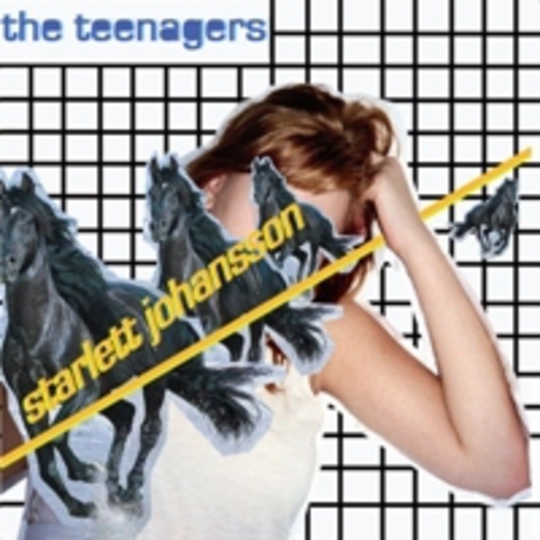 Soft-palmed salivating oiks The Teenagers tested the patience with ‘Homecoming’ (“I fucked my American cunt, I love my English romance”), as it lost itself in a wet-panted fever that indulged their seemingly nympho tendencies more in the style of The Bloodhound Gang than the lecherous Parisian cool of Serge Gainsbourg. But as they went for your crotch there was something enticing about their cack-handed (cock-handed?) approach. Adolescent lust floods the skull again in this offering as visions of a fist wrapping around Josh Hartnett's lunken chops flare up after catching a glace of him locking jaws with diminutive siren Scarlett Johansson.

With future material being produced by Gordon Raphael, ‘Starlett Johansson’ snatches with the two-note garage of Is This It and a delirious, alco-pop fuelled Euro-pop chorus pining after Johansson. As they attempt to rationalise the salty tears spilt, peppering the track with allusions to horse whispering and getting lost in Tokyo, their sensuous native tongue resembles more of a maladroit Danish cleft-palate. A formula seems to be developing when the slow-burning ‘Full Flava’ rears up and for all the brooding allure there is a hysterical infantilism to it. You can imagine them gathered round, erections in gym shorts, guffawing at the mention of ‘cunnilingus’. Rather than make off with your girlfriend, it leaves you more worried that they’ll just molest your younger sister.

Problem is, as this dose of paedo-pop spirals off, it’s easy enough to envisage grovelling back to them hoping for sloppy seconds. But for the moment, at least, an empty bed seems far more appealing than this awkward romp.