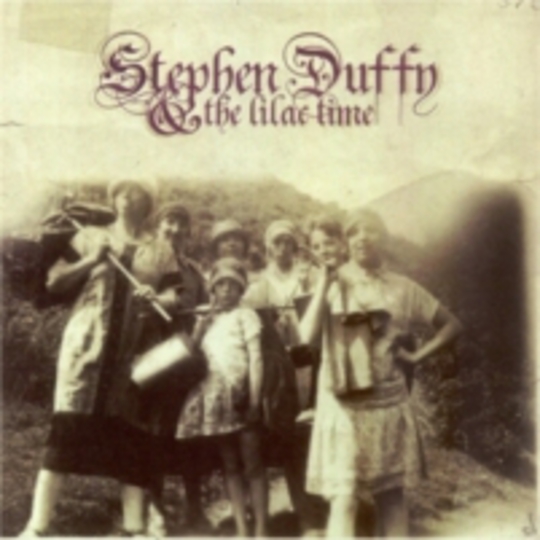 An original member of Duran Duran (pre-Le Bon) in the ‘70s, a solo artist for a while in the ‘80s and then again in the ‘90s, a member of one-off supergroup Me Me Me and responsible for co-writing and co-producing Robbie Williams’ Intensive Care album amongst other dubious writing duties, **Stephen Duffy**’s musical CV is fairly impressive. Or terrible, whichever way you care to look at it.

At least one of his projects has survived the constant chopping and changing of his pop career - active since the late ‘80s, Stephen Duffy & The Lilac Time seem these days like Duffy’s folk-based haven. Critically acclaimed if commercially undernourished and, if five-billionth album Runout Groove is anything to go by, decidedly mellow to boot, there’s not a whole lot of groove to be found within what turns out to be only their eighth ‘proper’ long-player in 19 years, scoring a zilch on the phat basslines front and instead opting for the kind of comfortable and comforting country-type strum-alongs normally to be found filling out Fountains of Wayne albums.

Not that Duffy’s Lilac Time are about to bust into the pop-rock perfection of ‘Radiation Vibe’, or even the strangely-endearing ‘Stacy’s Mom’ – they’re far too civilized for that – but the soft double-tracked and harmony-riddled vocals of ‘Aldermaston’ and the doe-eyed, horn-rimmed longing for the opposite sex during ‘A Dream of a Girl’ wouldn’t sound out of place on the more reclined of Welcome Interstate Managers’ moments. They might also find a home on Death Cab’s Plans record, as ‘Driving Somewhere’ takes ‘Your Heart Is An Empty Room’, cheers it up a bit and sends it on its way and, moments later, ‘Dark Squadrons’ sounds a lot like Guided By Voices frontman Robert Pollard during one of his more laid-back, psychedelic moments.

We could continue with the comparisons to American indie-rock from the last decade, but it would probably suffice just to say that Runout Groove offers nothing that you couldn’t find elsewhere, instead collecting it all in one convenient place. There are moments where it does get a bit much – the gushing clip-clop country of ‘Until I Kissed You’ and jazz-lite of ‘No Direction’, too close to Cullum for comfort, being the most obvious cuts – but more often than not the balance between being as serene as a warm summer’s sunset yet not so easy-listening as to induce nausea is achieved.

Not exactly passionate, decidedly parent-friendly and unlikely to light a fire in the belly, Runout Groove isn’t going to shake you to your very core, but as an example of happy-go-lucky contented country-pop it ticks most of the necessary boxes even if not with any particular flair. Solid, even though a little bit of excitement wouldn’t have gone amiss.

Future Of The Left, Against Me! at Camden Electric Ballroom, Camden, Thu 01 Nov