We Could Be Happy 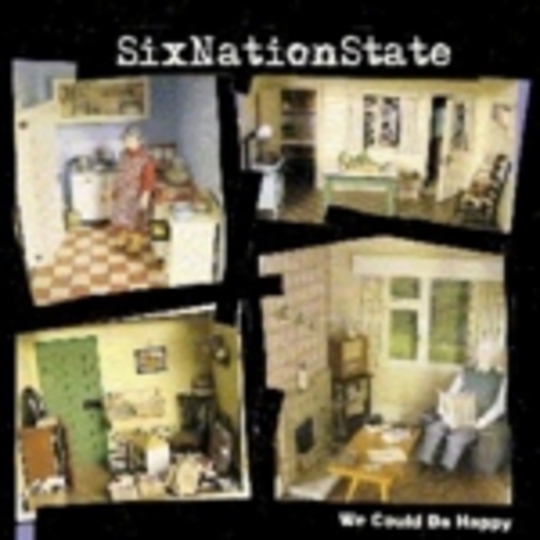 Chords played on the off-beat, up-tempo drum patterns that skip pleasantly and hook-laden songwriting has seen SixNationState’s previous efforts compared more often than not to The Coral. On the evidence of ‘We Could Be Happy’ it’s not hard to imagine why – it has the kind of feel-good chorus which, like many a Coral tune, would not sound awkward being sung back at the band by a thousand or so others in mid-to-large venues across the country.

Sidestepping the carnival-style atmosphere of their forthcoming self-titled debut, ‘We Could Be Happy’ sits slightly apart, the focus here being not on frantically-paced party-starting shenanigans, more on melody and music. From the soaring yet softly-delivered vocal line – Gerry Del-Guercio’s normally-throaty call is cut back to a clean-shaven woo for that special someone, for whom he is about to “chase the stars out of the sky” and all that – to the harmonies in the grouped backing vocals, it seems ideally suited to a festival sunset; relaxed, comfortable and almost custom-made for the summer’s swansong. It's so very nearly the boost they need to see them go to the next level in the grand scheme of things.

Only one thing prevents this from achieving its true potential – there’s just too much reverb here for me, softening the vocals, making the drummer sound like he’s hitting the snare with a fish underwater. It subsequently lacks the bite it has live, sacrificed in favour of that post-production sheen, but ‘We Could Be Happy’ can still stake its claim as SixNationState’s most radio-friendly and accessible material to date.