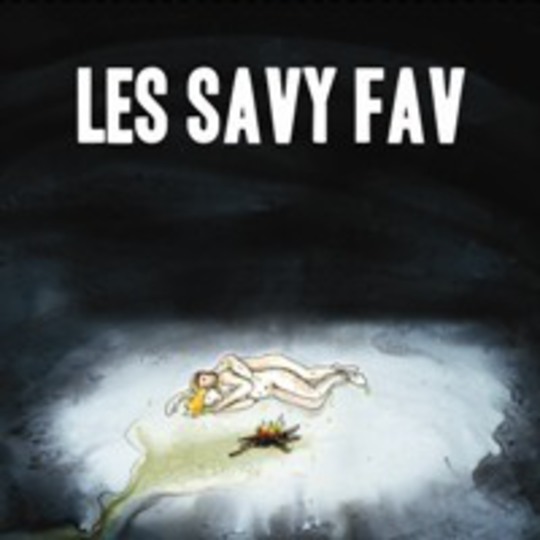 An insistent throb heartbeats its way through the three-minute toe-tapper that is Les Savy Fav’s announcement of re-emergence. New album forthcoming, heads up kids. ‘What Would Wolves Do?’ is a dazzling flare of a curtain up, a klaxon that just can’t quit; tsk tsk tsk BANG; loud and dribbling with been-away enthusiasm.

Albeit not initially: a steely start, cool and collected, splinters asunder as the band’s trademark pop-kissed guitar lines come calling, wildman Harrington a flailing fulcrum of their attack. Fresh blood, new ears for this new noise; “maybe we should blame it on the structures of the sun” is fair, as spots of disorientating darkness, leaping from a heavenly body, are almost certainly responsible for the outer space inspiration that runs through LSF’s veins.

To the informed and excited this is no surprise, but expectations aren’t simply matched. LSF’s return is better than anticipated, and as a lead-in for their Let’s Stay Friends LP, they couldn’t have put a proverbial foot more right with ‘What Would Wolves Do?’. Unfamiliar audiences: brace yourselves.