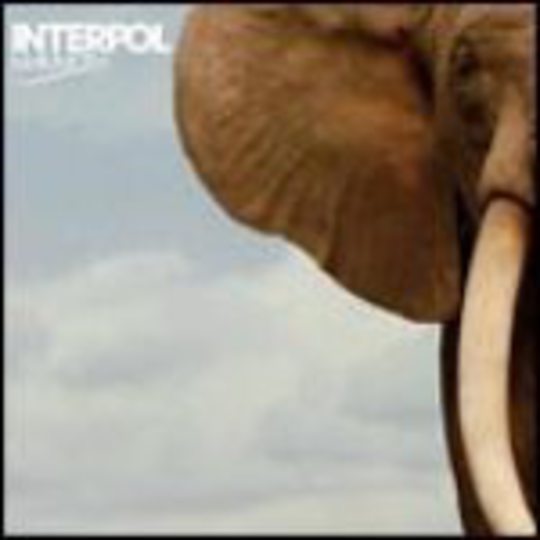 It hasn't been plain sailing these last couple of months for Interpol. While British peers Editors took bold strides towards enormodome status with the nakedly aspirational An End Has A Start, the NYC gloom merchants' own third long player, Our Love To Admire, has faltered commercially, never quite having recovered from being pipped to the number one spot by Brummie panderers The Enemy.

Even their critical bubble looked in danger of bursting, with several reviewers noting a complacent streak in the record’s conscious grandeur that threatened to obscure the moody vulnerability of yore. Personally, I enjoyed it – even if it felt half-baked in parts, it had its moments, and was bookended by some of their most ambitious music to date. 'Mammoth', unfortunately, isn't one of those moments, and makes an odd choice of second single. 'No I In Threesome' would have assumed that mantle with greater ease – perhaps it was deemed too racy – as would 'Pioneer To The Falls', if the folk at Parlophone had been feeling a bit fruity.

Instead, this is Interpol by numbers, Paul Banks' admittedly quite-sexy exhortation to "spare me the fucking suspense" backed by those familiar, portentous peels of guitar from Daniel Kessler. If the wisdom behind its extended, one-chord verses is to convey the tension depicted in the lyrics, it works, but then again, not a right lot happens, all of which leads to the inevitable conclusion that 'Mammoth' should never have been torn from the bosom of its parent album in the first place.