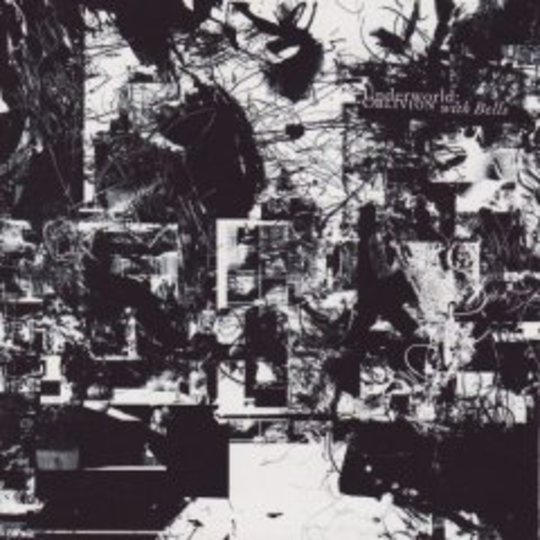 With wine rapidly transcending into the nation’s favourite pub-time tipple, it’s fitting that Underworld have taken on a more ambient guise. Not that the duo of Karl Hyde and Rick Smith (once a trio with Darren Emerson’s grey matter splitting wheel-spinnery at the helm) ever consigned themselves to the "lager, lager, lager" lairyness that evolved after 1996’s stratosphere-smashing anthem ‘Born Slippy’ – the otherworldly techno-zipping of Second Toughest In The Infants quelled any such notions – but there comes a point in every act’s life where dignity and a quiet sense of self-confidence supersedes air fisting, speaker-box shuddering euphoria. And in the release of their fifth LP, it seems Underworld’s time has finally come.

Oblivion With Bells is a comedown record crafted by the pioneers of cranium-scrambling comedowns past. Those thunderous juggernautal floor-fillers like ‘King Of Snake’ or ‘Pearl’s Girl’ are long gone, replaced with ethereal slow-building plateaus of electronic swirls and ear-clothed percussion. And where Hyde’s coarse vocal strains once transported jaw-chewing hoards into the upper-echelons of ecstasy infused utopia, his new-found monotonic mumble now guides them through a claustrophobic underpass of foreboding walls and petrifying, sensor-squirming paranoia.

Yet as ‘Crocodile’’s bass heavy groove reverberates round the eardrums it’s difficult to diagnose this mellowed atmospheric adoption. Growling and gnarling to an incessant limb-scattering rhythm, it’s the traversing, smoke-fuelled sound of post-club, all-back-to-mine-at-the-end-of-the-night elation riddled with tempered crows and surging electro-slithers. But once ‘Beautiful Bernout’’s melodica-infused hypnotism bypasses ‘Holding The Mouth’'s driving beat minimalism, Oblivion With Bells gently blends itself into the head-holding, knee-cradling break of dawn.

Shivering synths scatter across ‘Ring Road’’s ritualistic melody as Hyde unfurls himself as a loquacious, all-seeing beat-poet; weaving together prophetic verses with the unabashed devotion of a babbling shamanic street preacher. But this nocturnal aural bliss quickly dozes off into slumberous realms as tempos drop and asphyxiated trance infiltrates banal, attention-less scores like ‘Boy, Boy, Boy’ and the droning, repetitive wail of ‘Faxed Invitation’. Sluggish and littered with an ambivalent sense of uniformity, it’s as if these one-time purveyors of seismic, pulse-pushing epics have aged from distinguished tune-merchants to comatosed, flat-cap festering pensioners over the course of eleven tracks.

Album closer ‘Best Mamgu Ever’ at least proves there’s still some life left before the obligatory pipe and slippers are acquired – lifting itself into an effervescent dub-tinged spectacle of starlit effects and deep-filling bass – but after an auspicious introduction Oblivion With Bells has disappointingly descended into an irreconcilable docile abyss. Perhaps it’s about time Underworld laid off the vino and sunk a few pints of the heavy stuff?