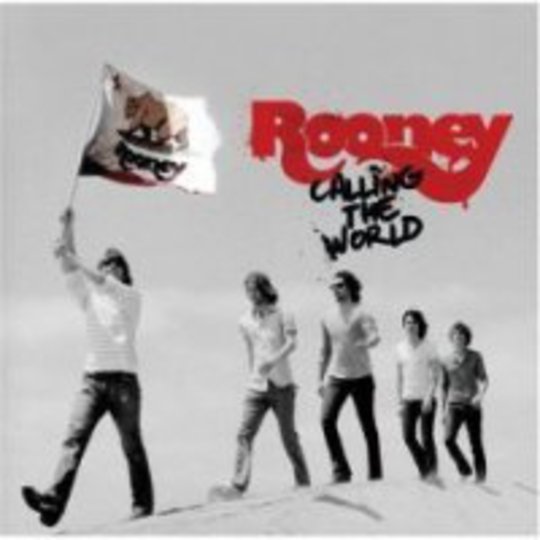 Like Phantom Planet without the famous drummer (albeit_ with Phantom Planet’s ex-drummer’s brother), like Phoenix without the Gallic charm, like U2 _sans guitarist: Rooney lack edge. In fact there’s less edge in Rooney’s second LP than a cliff struggling against the indefatigable power of salt water erosion – this stuff wouldn’t get on the _One Tree Hill soundtrack, let alone The O.C.’s.

The fact that Rooney’s principle branding involves a rejigged Californian flag provides a wee clue to as to what’s contained within Calling The World. We’ve got West Coast rock of the blandest variety – a case in point being _‘Don’t Come Around Again’ which is built around a pub rock riff with a chorus of “You’re asking for trouble, don’t come around again”. Someone should have told them not to.

There’s just very so little of merit here – glazed pop-rock staggers into itself as the whole album washes past without you realising. It’s a wonder that Rooney toured with Weezer and the Strokes once, two bands who managed to combine pop sensibilities with genuinely thrilling music. Apart from one or two occasions here, Rooney can't even get the pop right.

Of course there’s the traditional ‘Track 12 Ballad’ – in this case 'Help Me Find My Way’. It features singer Robert Carmine (the aforementioned Jason Schwartzman’s brother and another member of the Coppola clan) squawking “I’ve been trying my best to finish where you left off” set to a predictably limp arrangement of strings and piano and Emotion. Christopher Martin remains having a lot to answer for.

Single ‘When Did Your Heart Go Missing?’ has featured, and you’ll like this, on an Abercrombie Kids advert which, again, tells you about as much you need to know about the band. Unlike the eponymous footballer, they’re all style and no substance – we’d rather have the goofy grin and the 30-yard volleys, thanks. Next.