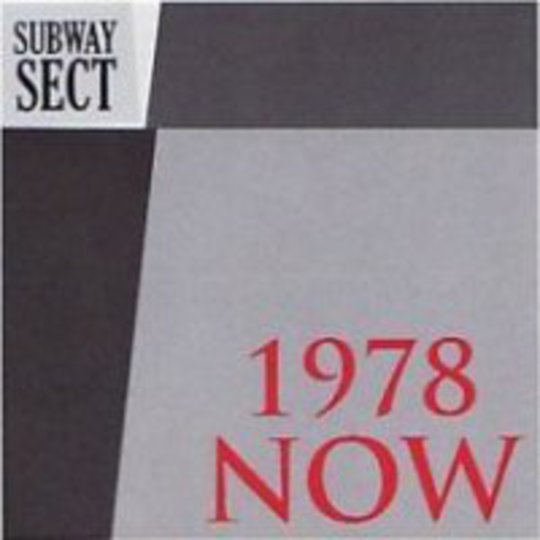 Vic Godard may be more accustomed to delivering mail these days, but 30 years ago his band were cited as one of the most forward-thinking acts from the first wave of punk. Much maligned by many punters at the time, Subway Sect were often lambasted for trying to be different, sometimes provocative, but never predictable or dull. Their second single, 'Ambition', is widely regarded today as one of the best records of that era, having been covered by artists like the Jesus And Mary Chain and mentioned as an influence by many post-millennium post-punk bands.

The Subway Sect story is basically one of false starts, mishaps and loss. Initially managed by punk lothario Bernie Rhodes, which meant they shared a roster with The Clash, Subway Sect were the opening act (and therefore perennial whipping boys) on the notorious 'White Riot' tour which saw the Sex Pistols banned from most venues, Johnny Thunders and the Heartbreakers regularly OD-ing, and the headliners building up a reputation which has gained them legendary status ever since.

While under Rhodes' wing, the Sect went into the studio with Clash producer Mickey Foote to record their first album (due to be called Subway Sect, rather unimaginatively). They had a fall-out with their manager who promptly sacked them, the album never got mixed and the finished version never saw the light of day, due to the original recordings being mysteriously ‘lost in transit’ somewhere.

As time passed, Subway Sect moved from label to label, changing their sound and line-up - Godard being the only omnipresent - with every subsequent release until their diminutive frontman decided to swap the music business for a career with the Royal Mail, occasionally drifting back now and then to play the odd show or engage in the odd recorded collaboration.

Since then of course - partly inspired by the new wave revival, and also because of several lost artefacts appearing on bootlegs and compilations - Godard has rekindled his desire to put those lost songs out in public, 29 years later than first anticipated, and with yet another newly assembled line-up in tow. 1978 Now is the result.

Essentially a re-recording of 14 songs that would have made up the contents of that first album (minus the aforementioned 'Ambition'), 1978 Now leads one to wonder what point this release will serve to anyone other than its creators and Subway Sect diehards (should any still be around).

While the likes of 'Eastern Europeans' and 'Rock'n'Roll, Even' sound as detached and confrontational as they no doubt would've done at the 100 Club in the late ‘70s, the fact these songs were written way back when - despite the recent recordings - means it's difficult to escape any notion of nostalgia that could be attached (or detached?) to and from them.

But they do at least serve as a timely reminder that one of punk's most underrated performers is still alive and kicking. If you want to hear the Subway Sect at the height of their prime, though, you're probably best investing in Motion Records' excellent 2005 release The Singles Anthology instead.