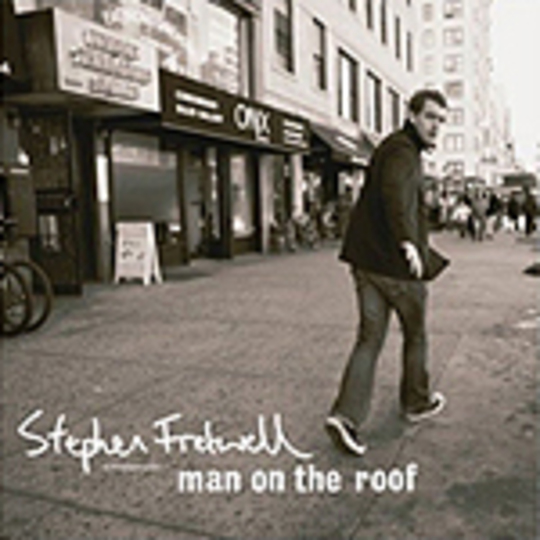 I'll be honest: I expected more from Stephen Fretwell's second album. While Magpie wasn’t an out and out winner, it suggested much promise – although, to be fair, the follow-up isn’t a complete write off. There are odd flashes of brilliance here and there, but as a whole Man On The Roof does little to distinguish itself from much of the acoustic fare that's already available.

That's not to say there isn't much to admire about Man On The Roof, as Fretwell is certainly as capable as ever of crafting a decent song. The problem is that more often than not the fruits of his labours immediately remind you of someone else. The album opener, 'Coney', is a grandiose drunken stamp-along which immediately recalls the best efforts of Badly Drawn Boy. 'She' is a gorgeous pop number, its loping drumbeat and vocal overlays instantly recalling 'Free As A Bird' by The Beatles.

Fretwell has quite a set of vocal pipes on him, but once again he dots around, never sounding unique. At times his voice takes on a vaguely American brogue, and at others he sounds like a young Bruce Springsteen - especially on 'Funny Hat', 'Bumper Cars' and the positively morose 'Saturday'.

All that having been said, there are a couple of tracks where Fretwell seems to hit some sort of stride on Man On The Roof. When he stays in his upper register on tracks like 'Darlin' Don't' and the more upbeat lead-off single 'Scars', Fretwell starts to sound like the genuine article and less like he's aping heroes from his record collection.

If all of this sounds like I'm damning with faint praise, well then, yes, there is an element of that. No doubt there are many who'll find this album appealing, but there are just as many who will dismiss it as background music. Man On The Roof has a certain charm to it, but it's not earth-shattering by any stretch of the imagination. Two albums in, and the man who Q previously hailed as Scunthorpe's "finest export" _still seems to be searching for a clear musical identity that he can exclusively call his own.