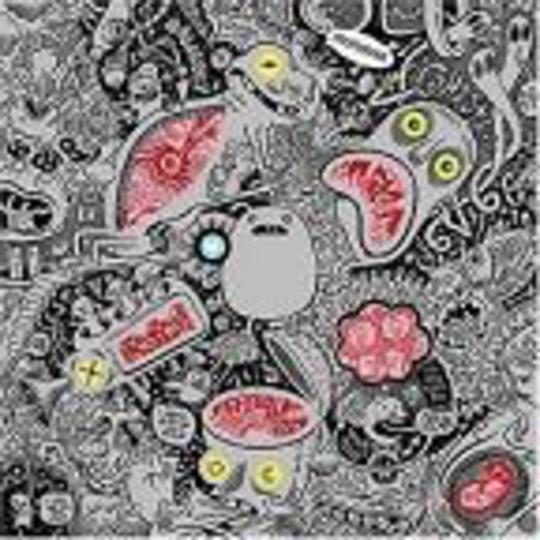 If there’s a snag to be found in Portland trio Menomena’s manifestly charming sophomore release, Friend Or Foe, it’s that its virtues leap out at you a little too quickly.

Listening to the record I’m reminded of the scene in Groundhog Day where Bill Murray attempts to seduce Andie MacDowell after having painstakingly learnt her passions and foibles over an undisclosed number of days – the effect is flattering, but dig a little deeper and it starts to resemble a curiously hollow wish fulfilment fantasy.

Perhaps that’s because Menomena are a far less avant-garde proposition than their initial clatter seems to suggest; in fact, at times they almost resemble a conventional indie-rock band, albeit viewed through the corrupting lens of Danny Seim’s looped drum fills. His questing rhythms don’t so much shore up the band’s flanks as explode them in inexhaustibly haphazard fashion, with an effect comparable to Greg Saunier’s twee-offsetting contribution to Deerhoof.

Menomena most frequently and most obviously resemble TV On The Radio’s murky urban psych, using rainwater blasts of baritone sax and claustrophobic, multi-tracked vocals as a template for their consciously eclectic sonic musings. They’re generally at their best when locking into a heavy groove of some description - ‘The Pelican’ sounds like a convincingly post-modern take on Black Sabbath, marrying Nick Zinner-esque raunchy blues licks with a murderous piano undertow, while ‘Air Aid’ resembles a hip-hop-influenced rewrite of Led Zep’s ‘Kashmir’, if you can get past the obvious P Diddy associations. And ‘Boy Scout’N’ is a shadowy, cinematic gem, roughly akin to Danny Elfman scoring Snow White And The Seven Dwarves, with predictably gothic results.

But at times they can start to resemble TVOTR-lite, owing in large part to the vocals, which tend towards whininess and betray a soft underbelly where their NY peers maintain a steely black heart. Likewise the liberally-employed piano trades off menace for melody, skeletal motifs occasionally sounding weedy and detracting from the thrust of their parent compositions. In fact, listen closely to a couple of tracks here and you could almost be hearing a spliced-up Coldplay festooned with gimmicky studio-bound baubles.

There’s a lot of fun to be had with Friend Or Foe, to be sure, but the overall effect is a little too genial, the sonic frippery a little too ornamental for listeners to fully immerse themselves in the band’s vision. Maybe dampening down those winsome melody lines a little and giving fuller rein to their darker impulses might have made for a record that touches on greatness instead of settling at 'good', 'ingenious' etc.