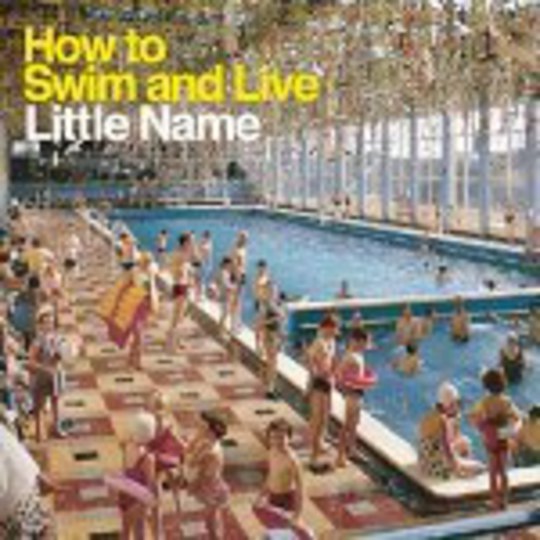 These are surely some of the question that a young Lee Barker must have asked himself as he grew up in Liverpool. As he no doubt created a sense of sexiness through shy pop and probably learned to use his awkwardness to his advantage, Lee Barker became Little Name. Popular music followed. Releasing this debut LP full of yore-pop is, unsurprisingly, an exercise in wide-eyed copycatting the likes of which hasn't been seen since Camera Obscura's second LP. Though he does this for sweet and understandable reasons, there's quite a bit missing from How To Swim And Live.

At times, it is clear that Lee Barker is a man with something to contribute to the advancing template of pop. The pleasantly lush and swelling strings in 'A Life Such As Mine' are crying out to be expanded and developed, not simply repeated. A push over the cliff could send Barker, terrified, into freefall; but equally he might grab onto stronger vines and swing from side to side, saving his own life and music. He just has to try. Similarly, the bouncy opening 'For The Attention Of' is absolutely by-numbers. No attempt is made to break the cuffs and really strive for something more engaging than sub-B&S twinkle. It could, if he so chose to experiment, be exceptional. But it's not.

Sadly, this dilemma runs through How To Swim And Live, like lava through that planet at the end of the third shit Star Wars. Like its protagonist, Little Name is stranded on the bank, limbless, until someone comes along to slap a black bucket on his head. Even sadder, he has a boy's voice, and so cannot provide the Tracey-Anne Campbell-esque sexiness-through-tears that would be appropriate on 'Sam And Molly Are In Love'. Squibbish where he should be as triumphant as Mick Hucknall (and I mean that in the most contextual way imaginable), Lee Barker has ground to cover.

Once he learns that emulation is alright up until a point, and after that point you must become insanely clever, he will snap into form. Pop, though it is currently being good to him, is not where his road shall close. Experimentation within reasonable parameters, time isolated from his influences, a new approach; these things will make the second Little Name record rather more rich and rewarding than the first.