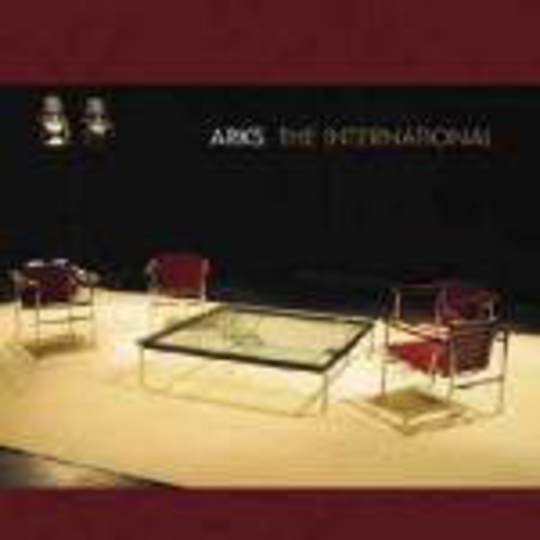 Back at the start of the century, long before discovering the treasure-laden delights of the internet, I would endlessly scour grotty ink-smudged music rags for the next troupe of indie tykes on whom to pin my hopes. And much like the vast majority of pluke-ridden yoofs of that era, The Strokes were my vagabonds of choice. Yeah they were hyped, but fuck I didn’t care - they looked the part. Effortlessly cool with cheekbones that could pierce holes in doughnuts, these guys wore what I wanted to wear, lived where I wanted to live and, most importantly, slept with girls I wanted to sleep with.

But for all the giddy excitement that gushed through my veins, I was yet to hear the aural delights of this NYC quintet and when that fateful day came when I finally got my grubby mitts on their debut LP I was met by the sound of crushing disappointment. Where was the explosion of noise that would consume my eardrums? Where were the razor-sharp lyrics that would cut the last remaining Britpop behemoths to shreds? Where, indeed, was the knee-trembling, earth-shattering sex? After thirty-odd minutes of bromidic garage-rock I finally understood how Kurt Cobain felt when he first heard punk and thought, “This isn’t what I was promised”.

So where does this overly long anecdote lead? Well, the scars left from this ill-fated Strokes experience taught me to restrain my impulses and let my head make the decisions – I sure as hell wasn’t going to get stung again. But then Arks’ debut LP The International arrived at my door with pledges of Wire-esque guitar angles played in tune to the blood-curdling discord of Sonic Youth and all of a sudden those long-forgotten urges were rising phoenix-like once more; in my mind this Chicago-based quartet could be everything I ever wanted.

The title track’s scattershot drums bustling through a barrage of crunching, airtight riffage promises much; with frontman Paul Hornshemeier exuding yelping vocal strains like Graham Lewis at his most rabid. But no matter the full-throttled urgency searing from stomping anathema-charged blusters like ‘Candor’ or ‘Cars On Fire’ it’s difficult to shake off the notion that The International’s sums equate to little more than the parts of a slightly-wired stateside version of Bloc Party.

Etched with brooding disillusionment, much of the record dwells in the sullen urban frustration that coiled itself around the suffocating A Weekend In The City, losing the driven, bruising impetus of the opening triplet to ‘Safe And Sound’’s introverted pondering. The stargazing instrumental of ‘Customs’ does little to alleviate this feel of caustic drabness as it struggles forlornly to suck some air through it’s wilting lungs, before exhaling tepidly into the unimaginative gothic wail of ‘Maginot’ - a track striving so hard to exhilarate with heavy-duty guitar shudders it forgets to lead you to the climax it so blatantly requires.

Yet when this record gleams, it does so with eye-watering intensity: the militant ferocity of Glen Rishke’s percussion leads ‘Silver’ through an asphalt battlefield of droning, skewed guitar and looping bass that transpires into terrifying horror-schlock R&B, whilst ‘Tumult’s rapid-fire post-punk expressway is spearheaded masterly by Hornshemeier’s lung-puncturing crow. But such invigorating proficiency is rarely upheld and Arks all too often stumble when on the verge of ascending into greatness.

So, while it doesn’t quite have you folding your arms and scoffing [cue tenuous link to Strokes anecdote] “Is This It?”, The International leaves you wishing Arks had just a little more bite.