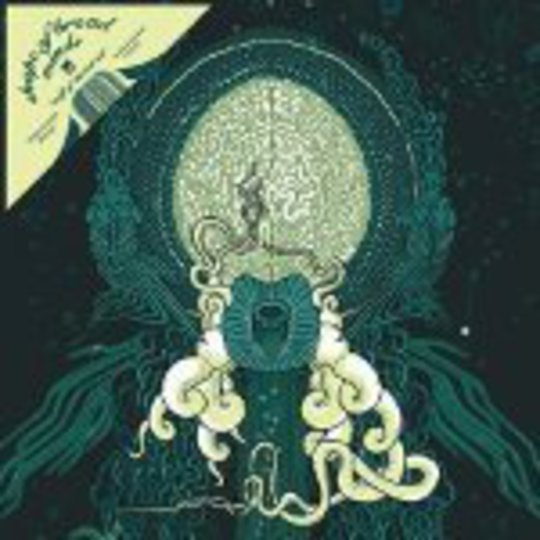 Jneiro Jarel and his close-knit cohort don't have the most discernable of palates. Under the guise of Shape Of Broad Minds, lynchpin Jarel, with fellow affiliates Jawwaad, Rocque Wun, Panama Black and Dr Who Dat?, tangle tongues and warp beats with reckless inspiration/indulgence. Too many chefs to some extent, but in this schizophrenic showcase, other than right-hand melody maker Jawwaad, this clan of contributors transpire to be no more than the various aliases of the Brooklyn-born Jarel. They provide vehicles with which SoBM uses to tailor each distinct direction that Craft Of The Lost Art takes but, with boundaries pushed out in so many directions, leave the record struggling to forge an identity of its own.

Jarel is recently on record as wanting rid of being "put in that whole J Dilla / Madlib / Sa-Ra soundbox", but with so many aspects to Craft... drawing upon those usual suspects it is an association that’s difficult to avoid. 'Gorilla Mash' opens with the same loose-limbed psychedelic flair that Sa-Ra recently peddled, descending into 'Light Years Away', which immediately harks back to Dilla. It crackles with the same understated production credentials of the Detroit beatnik, whilst the brilliantly compulsive 'Let's Go' cuts in and, as MF Doom's metal fingered menace imposes itself upon its suffocated darting drones, it’s difficult not to recall Madvillain. So far, soundbox firmly sat in.

But Jarel didn't just want the usual typecast attributed to a record of such boundary pushing aspirations because, as a record of remarkable detail, Craft... pays its dues to a far more eclectic bill than just these three renegades. Though the dirty stain from Purple Rain and the winding funk of Mothership Connection are particularly prominent, the most heady dose of inspiration comes from SoBM slipping through Outkast's back catalogue with jaws agape at the unabashed eccentricity. Masks drop as Jarel juggles personas, trawling from the dirty drawl of _ Southernplayalisticadillacmuzik _ ('Opr8r') right through to the recent jazz odysseys of Idlewild ('Buzz Around Town'), drifting from one era to another as attentions flit. Compulsive as it all is to see ideas spill over the sides as they do, it also leaves the record seeming overly pieced together. For a record so dense – clocking in at over an hour – far too many moments of genuine distinction are drowned by weak reiterations.

Overly critical? Perhaps, but only because at its peak Craft… is an outstanding record. Having initially learned his trade as Dr Who Dat?, it is Jarel’s production that truly stands out. Edges are taken off with softened beats comfortably worn in the same way cLOUDEAD and dälek grace their majestic arrangements with delirium-induced distortion, and the loop clatter of 'So Much (Chaos)' and Rawkus-reborn 'There 4 Me' snap the record out of its dusty eyed peace. '12c' closes the ceremony as an apparent ode to 'Heart Of Glass'; it sounds nothing like the Blondie fanfare and is, instead, a slow-burning disco-soul croon that calls to question whether this is all quite as innovative as Jarel seems to think it is.

Craft Of The Lost Art is flawed in that it falls into a familiar pitfall: in relentless pursuit of leftfield innovation, Shape Of Broad Minds have dragged this LP out as a hurried flurry of fists rather than a precise punch to the gut. Jarel's various guises allow him the opportunity to showcase his range, but for all the ideas on show it shouts out for someone to pick out the finest flavours. Broad minds is one things, but a slack sense of focus is another.