There's Only One T In Wichita 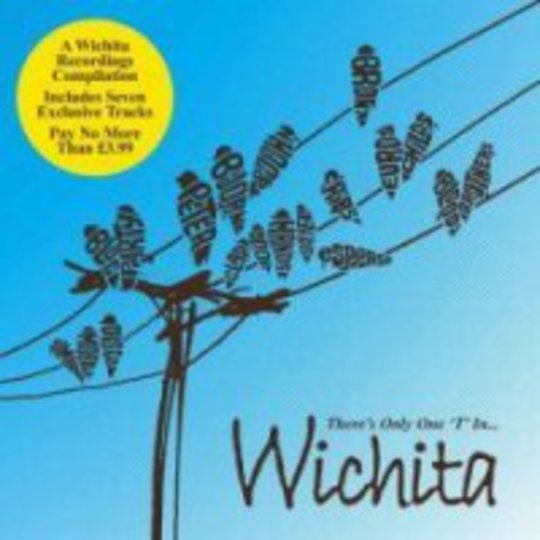 Originally conceived as way of celebrating their 100th release back in the good old days of 2005,_ There’s Only One T in Wichita_ is, in reality, the much beloved indie’s 151st release. Apparently their growing success repeatedly forced them to push back its release until now. So instead of celebrating five years of quality music put out by people who truly give a damn, we now have the chance to celebrate seven years of quality music with a collection of 14 songs (including seven exclusives, and don’t forget: seven exclusive songs + seven non-exclusive songs + seven acts from the States and seven acts from Euro…oh I give up, but you get the point) from some of the old and new members of the Wichita roster.

Plus, as a sign of the label’s ability to consistently keep a finger firmly placed on the modern MP3 driven musical pulse, the compilation comes un-sequenced with no official running order. Allowing us all the chance to hit the shuffle button and play indie bedroom DJ when so inclined.

But now that we’ve gotten the back-story out of the way, let’s get to the point. Is this a record that anyone needs to own when they could just go out and buy the various artists’ full lengths? Well, yes, because a compilation can accomplish one thing that a traditional record can’t: it creates a very specific mood while incorporating a variety of sounds and styles that would feel out of place on an artist lead record.

If it’s a celebratory mood the folks of Wichita are after, then they’ve certainly got it with a release that features everything from a thumping Simian Mobile Disco exclusive to a remix of Peter Bjorn and John by bastard pop whiz kid Girl Talk. And with the likes of recent signings Les Savy Fav, the all-girl Swedish indie of Those Dancing Days and XOXO Panda offering a sign of what’s to come, you’re only left with the thought that no matter what Wichita does in the next seven years, they’ll keep doing it with the same joy and love they applied to their first seven.